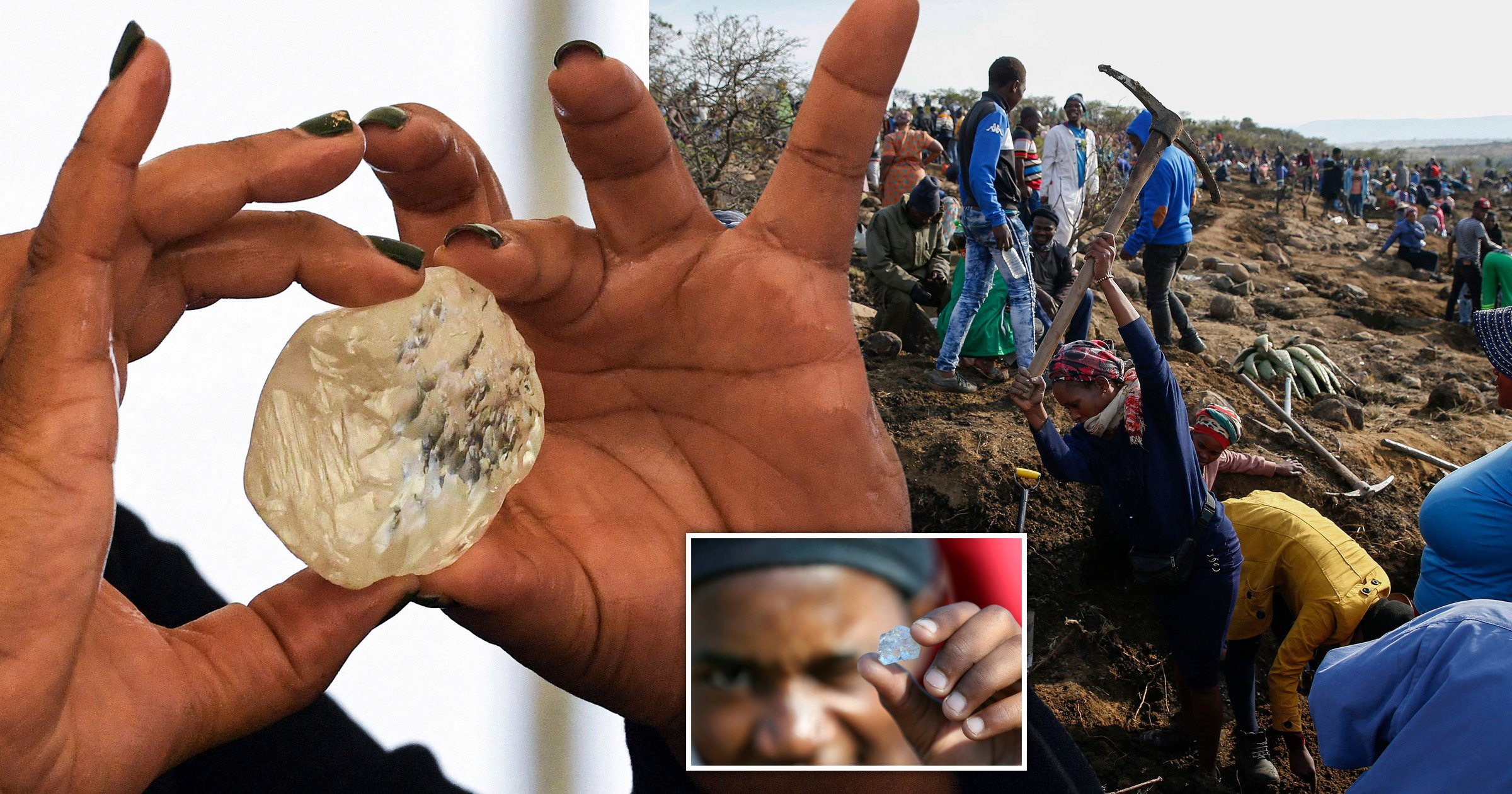 Huge 1,098-carat diamond unearthed in Botswana ‘is third-biggest ever’

The discovery of the huge diamond came as treasure hunters flocked to a tiny village in neighbouring South Africa (Picture: AFP/Getty)

A huge diamond dug up by miners in Botswana could turn out to be the one of the biggest ever.

The 1,098-carat stone was unearthed on June 1 by Debswana, whose acting general manager said ‘it is believed to be the third largest gem-quality find in the world’.

It was shown to President Mokgweetsi Masisi in the country’s capital Gaborone.

News of the discovery comes as diamond fever gripped a tiny village across the border in South Africa.

Botswanan diamond firm Debswana said it could end up being the third largest of its kind in the world (Picture: AFP via Getty)

Valuation will take place over the coming weeks (Picture: AFP via Getty)

Thousands of treasure hunters travelled from across the country (Picture: AFP via Getty)

An aerial view shows people digging for what they believe to be diamonds (Picture: AFP via Getty)