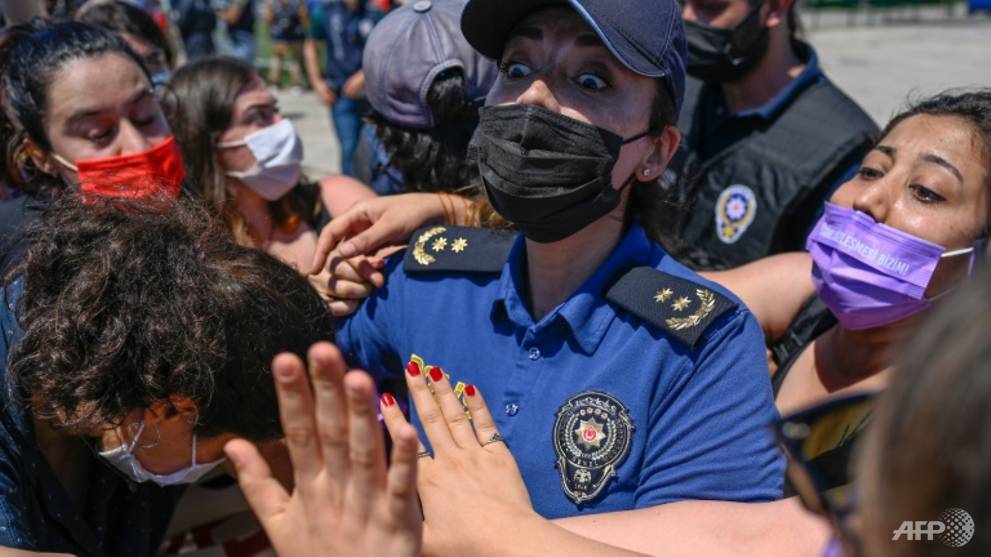 ISTANBUL: Hundreds of women rally in Istanbul on Saturday (Jun 19) , urging President Recep Tayyip Erdogan to reverse his decision to withdraw from an anti-violence treaty ahead of a formal exit on Jul 1.

Erdogan sparked outrage in March by pulling out of the world's first binding treaty to prevent and combat violence against women, known as the Istanbul Convention.

The anger has not subsided with women's groups organising two big protests in Istanbul, one on Saturday and another on July 1 to pressure the government to roll back the decision before the official withdrawal. Smaller protests are planned until July 1.