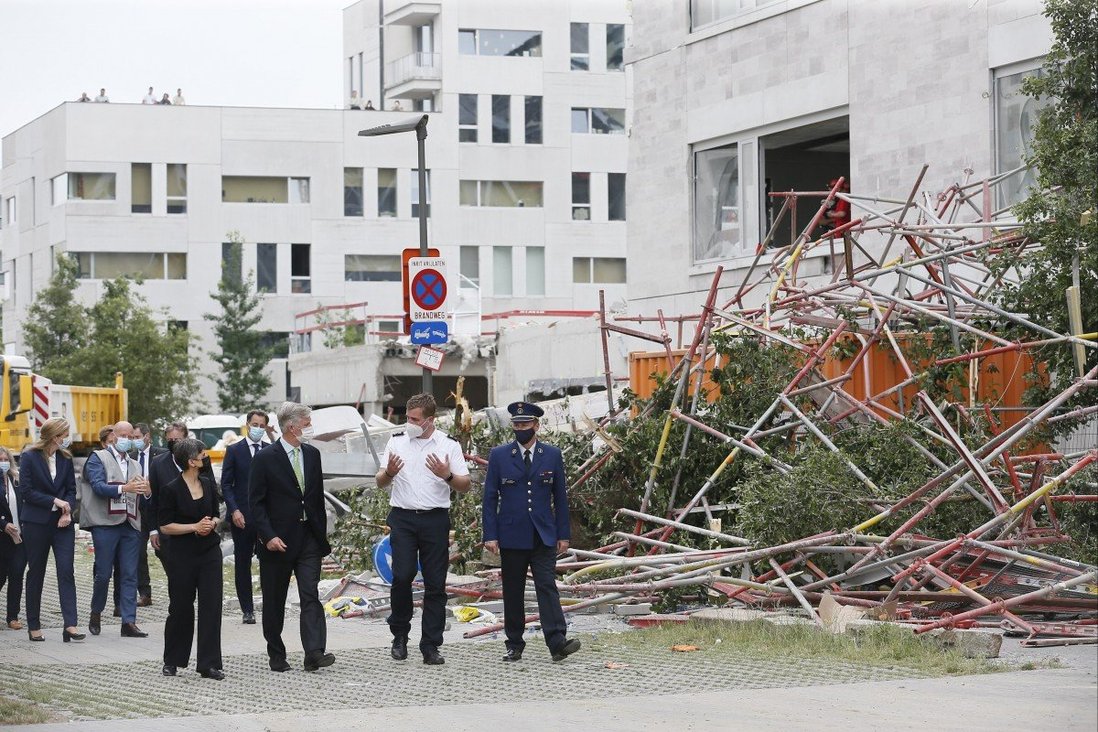 Nine other people were injured in the incident on Friday afternoon, with three still in intensive care a day later, the fire department said

The cause of the collapse was unknown. King Philippe of Belgium visited the scene on Saturday accompanied by Belgian Prime Minister Alexander De Croo