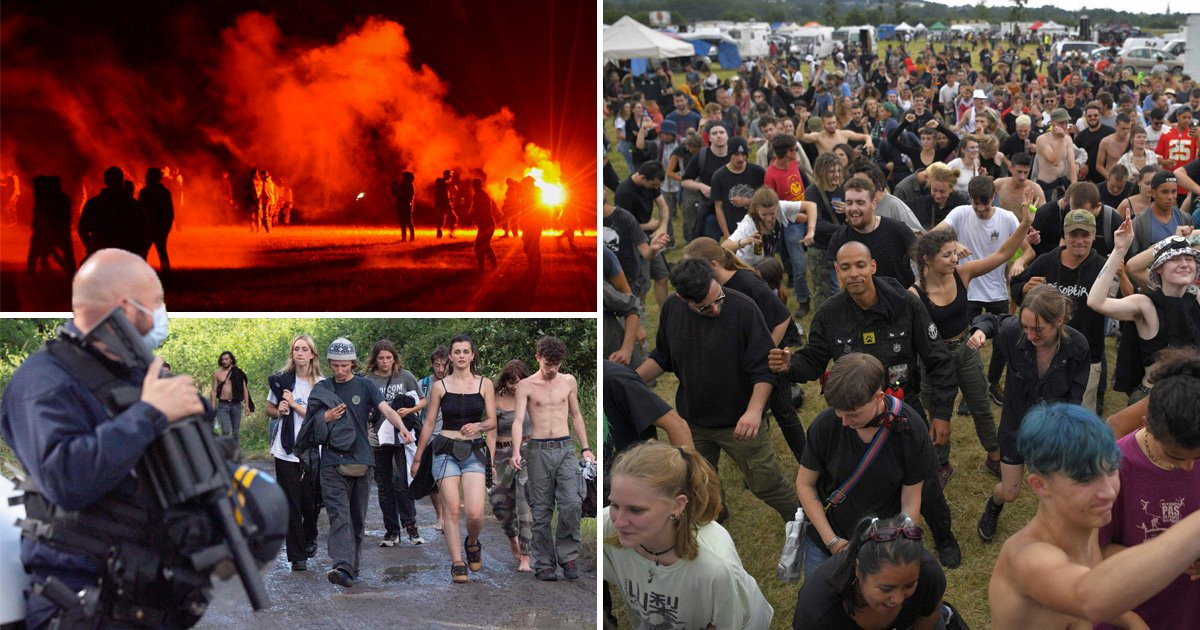 A 22-year-old lost his hand as police tried to break up the illegal gathering (Picture: AP / Getty)

A man lost his hand during violent clashes as police tried to break up an illegal gathering in France.

The 22-year-old was at an event attended by around 1,500 people in a field near a horseracing track in Redon, Brittany on Friday.