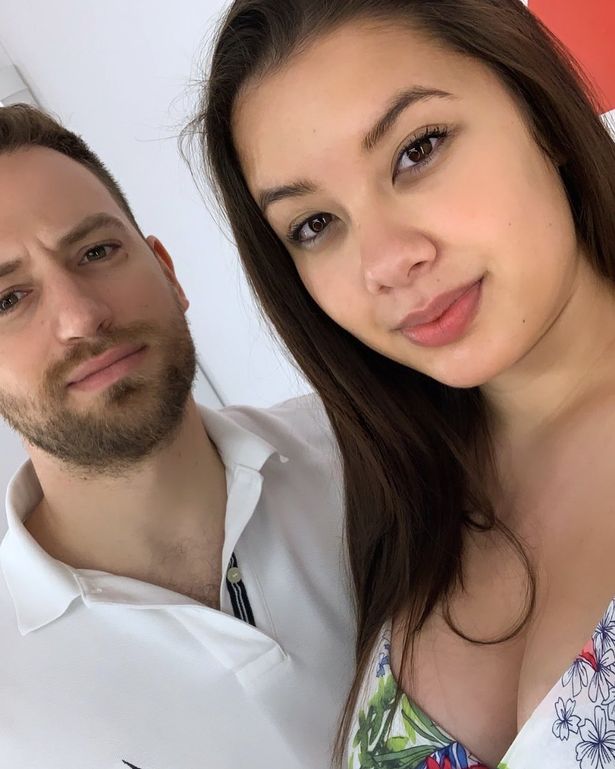 Babis Anagnostopoulos, 33, confessed the murder of his wife Caroline Crouch, 20, at their home near Athens. Greek media said that during a hearing at the Evelpidon Court Complex, he said: 'I am sorry.'

A husband who killed a British woman in Greece has reportedly apologised for her death as he appeared in court today.

Babis Anagnostopoulos, 33, confessed to the murder of his wife Caroline Crouch, 20, at their home near Athens.

Greek media said that during a 10-hour hearing at the Evelpidon Court Complex today, he said: "I am sorry."

The helicopter pilot, who now faces life in prison, initially claimed he and his family were victims of a robbery before admitting he killed his wife.

He then claimed the reason why he staged a burglary was that he wanted to keep custody of their daughter.

But after police presented him with evidence and named him as the suspect in the tragedy, Anagnostopoulos confessed to the murder.

When he arrived in the morning, he was met by protesters screaming "rot in jail" and "monster".

Showing no sign of emotion, he entered the building, only briefly turning his face towards demonstrators.

As he left the court, Anagnostopoulos apologised again in front of journalists, Proto Thema reports.

In a statement, his lawyer Alexandros Papaioannidis said: “This is a long interrogation where the necessary clarifications were given. The accused received several questions.

"He did not change his allegations in relation to his pre-trial testimony, while there are other facts that were brought to our attention.

"I convey his apology. He concluded during his testimony: 'I wish I could go back in time but unfortunately I can't.'

"He asked for his punishment and claimed that in no case is there an accomplice.

"The accused gave his own view of what happened. What he did was guided by his child's wellbeing.

"He wants to support the custody of the child to go to both families."

Thanassis Hamanis, a lawyer representing the Crouch family, appeared in court saying his clients would apply for custody of little Lydia, The Guardian reports.

Referring to the moment was pictured hugging his mother-in-law at Caroline's memorial service moments before being dragged away by police, the lawyer said: "You can understand the position of the mother who at some point became conscious of the fact that at her daughter’s second funeral [her memorial last week] she was embraced by the same hands that cut off her child’s very breath.

"You can understand how painful and how tragic it is for a mother."

Anagnostopoulos was remanded in custody to the maximum-security Korydallos Prison, which is Greece's largest jail.

He will be held in prison pending trial later this year.