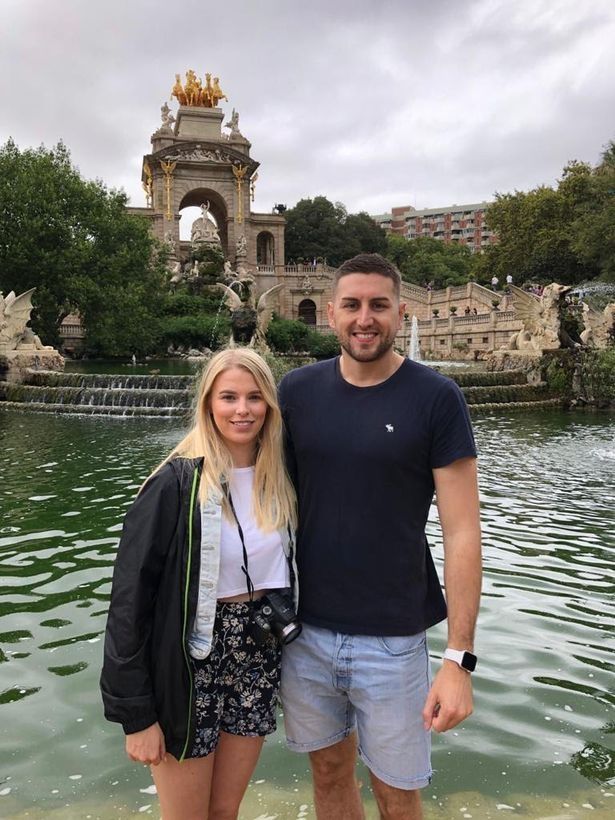 Laura Sanders and James Caulfield only had a McDonald's to show for a tiring journey to Manchester Airport. They were told at the airport that their £1,175 trip was cancelled

A couple dreaming of a TUI holiday in Madeira were left furious after making a wasted 200 mile round trip to Manchester Airport as they were told when they arrived that their trip had been cancelled.