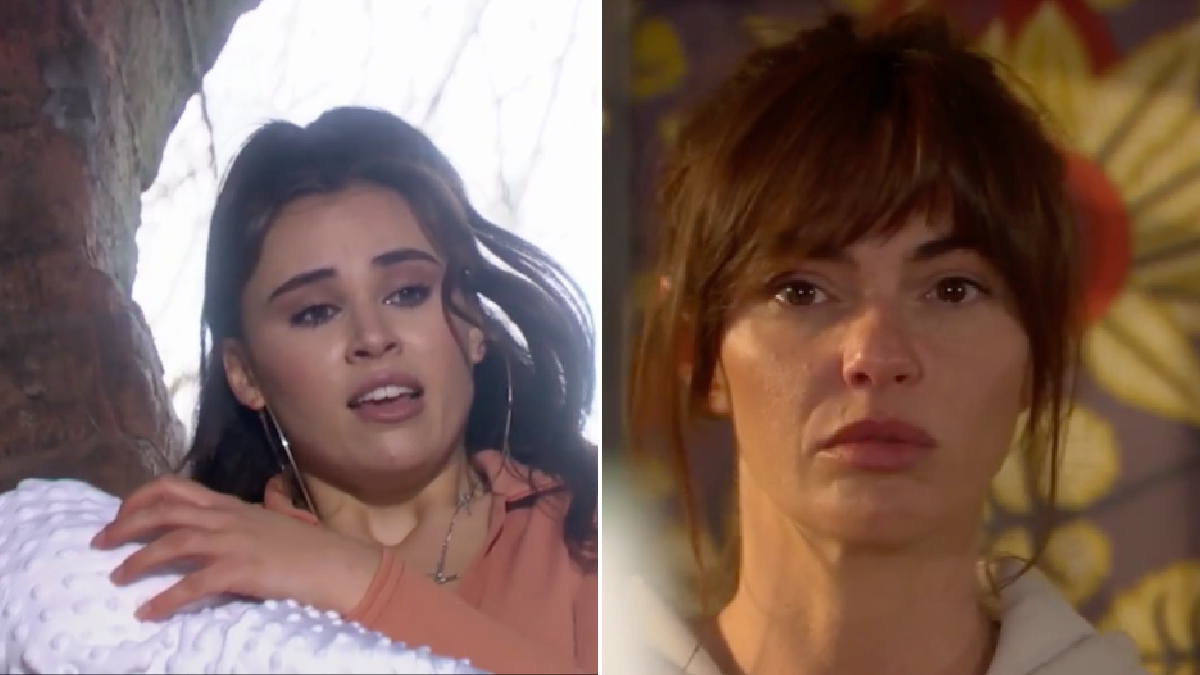 Mercedes’ harsh words proved to be the final straw for Cher, who took extreme action to make her stepmum pay (Picture: Lime Pictures)

But why would she do a thing like that?

Well, knowing how much Mercedes wants a baby, the young woman decided that, with the whole village in a panic over baby Eva’s whereabouts, she could pin the blame for the crime on her stepmum.

‘You can see your mummy and daddy again, I promise!’, she told the crying baby, ‘we’re playing a quick game of make-believe, where everyone thinks Mercedes took baby Eva!’

Cher is desperate to destroy Mercedes, that much we already knew, but her latest act of revenge came in the wake of her attempting to remove her birthmark with bleach.

Cher’s actions will have huge consequences. But for who? (Picture: Lime Pictures)

Romeo Nightingale (Owen Warner) was incredibly concerned about her when he discovered what she’d done, and therefore he asked Peri Lomax (Ruby O’Donnell) to pop round and dress her wounds.

Peri offered a friendly ear, as Cher opened up about her insecurities, and about how she’s jealous of the attention Mercedes receives from her dad Sylver (David Tag).

‘If you want more validation from your dad,’ said Peri, ‘then get it from Mercedes. Not your socials.’

Cher actually listened to what she had to say, and therefore she set out to make things right with Mercedes.

Mercedes, however, wasn’t in a good mood, given that she’s discovered that she’s not pregnant. Still intoxicated, the landlady berated Cher, and branded her a ‘self-serving cow’.

Cher was horrified, and therefore set out to destroy her nemesis.

Hollyoaks spoilers: Cher in agony as she tries to remove birthmark with bleach

The question is: will Mercedes be blamed for kidnapping Diane’s baby? How will she be able to explain herself when the child is found in her possession?

What’s more, will Cher get away with this?