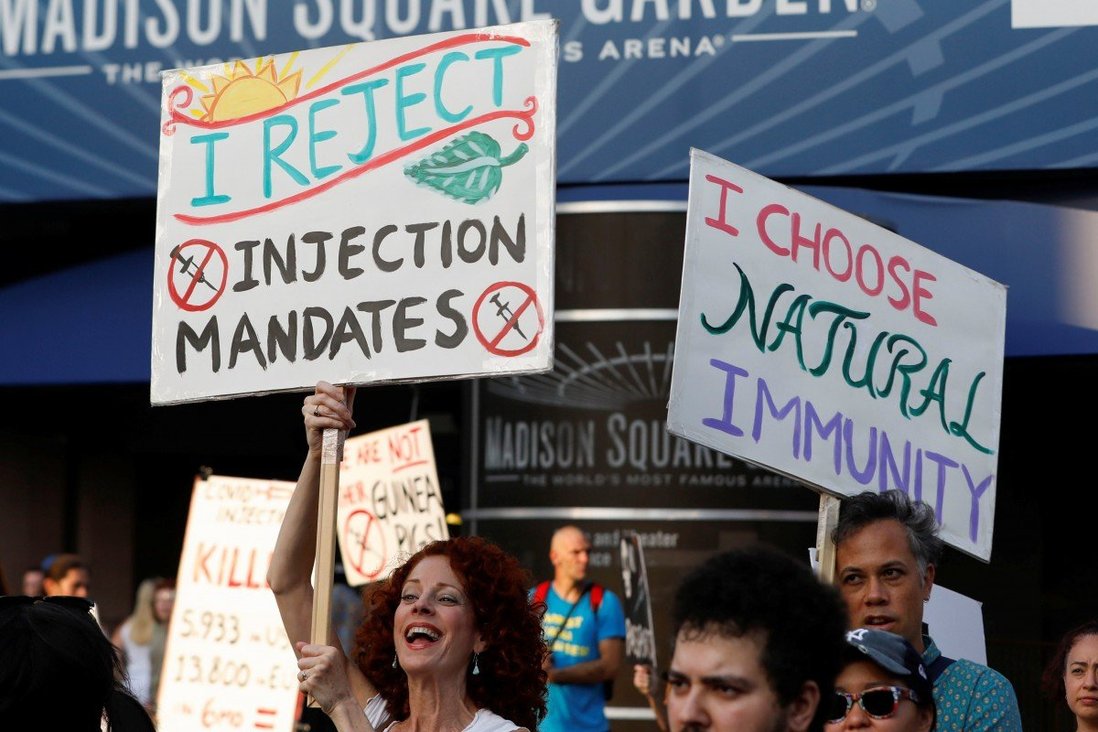 The vaccination rate has been declining nationwide since April

Delta variant poses the greatest threat to US eradication efforts

’s administration had “succeeded beyond our highest expectations” in returning the nation to a pre-pandemic normal, as the infection rate has plummeted and large gatherings of vaccinated people are now considered safe.

“We think it’ll take a few extra weeks to get to 70 per cent of all adults with at least one shot,” Zients said.

As of Tuesday, 65.4 per cent of over-18s had received one or more doses of the Pfizer, Moderna or Johnson & Johnson shots.

Seventy per cent of over-30s nationally have received one or more shots, and 70 per cent of over-27s were expected to be partially vaccinated by July 4, the day the US commemorates its Declaration of Independence.