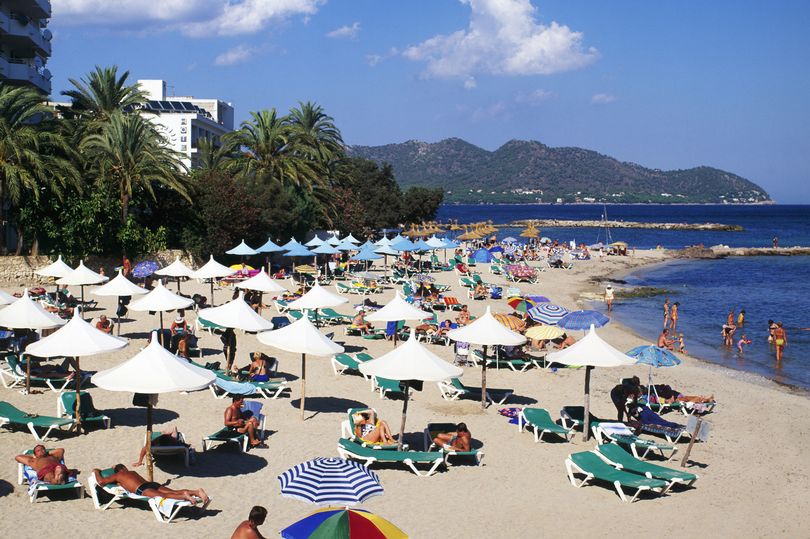 An update is expected tonight on England's current travel list, with hopes that more holiday destinations will be added to the green list

Malta, Madeira and the Balearic Islands are all set to be added to the green list for foreign travel, say reports.

An update is expected tonight on England's current travel list, with hopes that more holiday destinations will be added to the green list.

Reportedly, popular tourist hotspots including the Balearic Islands could be opened up, allowing travel within the archipelago that includes Ibiza, Mallorca and Menora.

These destinations are visited by more than five million Brits each year.

But in a huge blow to holidaymakers the German Chancellor has called on more EU countries, including Spain, to force Brits to quarantine amid a surge in cases of the Delta variant.

Angela Merkel has delivered a blow to Brit tourists after calling on European countries to force those travelling from regions with high numbers of the Delta variant to quarantine.

The Sun reports that holidaymakers will be able to fly out to Malta and Madeira and skip the quarantine on the return journey when the green list is updated from Wednesday.

The publication further claims that the Balearic islands were also 'on the cusp' of being added to the coveted list, with a final decision expected later.

It comes after the German Chancellor said on Wednesday she would like other EU countries to follow her country's lead.

This would involve requiring people entering from countries where there are high levels of the Delta variant, like the UK, to go into quarantine, as is the case in Germany.

She told the Bundestag lower house of parliament: "In our country, if you come from Great Britain, you have to go into quarantine.

"And that's not the case in every European country, and that's what I would like to see."

The government will update its traffic light system for travel on Wednesday and it is hoped that some tourist hotspots will be added to the green list.

Previously, The Times had reported that Malta could be the only addition.

But a source told the paper that there was a "real possibility" the Balearic Islands could be opened up too - described as being a "game changer" for the beleaguered travel industry.

It was also claimed that there is a chance some Caribbean islands could be added as well but the Greek islands are to remain shut.

Any country added to the green list would allow tourists to avoid quarantine on the return journey.

For amber list countries, which make up the majority of destinations, Brits must isolate for 10 days on their return as well as take Covid test.