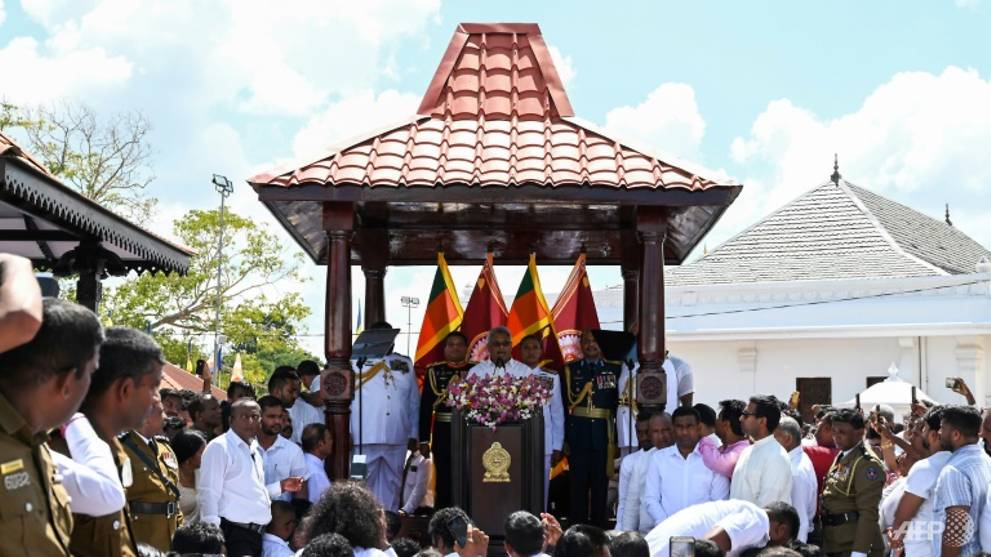 COLOMBO: Sri Lanka's president pardoned 16 men linked to the Tamil Tiger rebels on Thursday (Jun 24), as the country faced renewed pressure from the UN over detentions without charge under an anti-terrorism law.

The pardon is a first for people linked to the Tigers since Gotabaya Rajapaksa came to power in 2019 on a nationalist agenda, which included a promise that troops who crushed the rebels would not be prosecuted.

The men were convicted under the Prevention of Terrorism Act (PTA) that gives security forces sweeping powers to arrest and detain suspects.

The UN Human Rights Council and other international rights groups have called for it to be repealed.

"The 16 Tamil detainees are among 94 prisoners who received a presidential pardon," prison superintendent Chandana Ekanayake said about the release that came on the Buddhist festival of Poson.

The men had been behind bars for at least a decade, he added.

Government officials said the release was the first phase of a plan to free all those held or charged under the PTA.

Another 78 people arrested under the law on suspicion of supporting the separatist Tamil Tigers have been in custody for decades, political sources from the Tamil community told AFP.

Lawmaker Namal Rajapaksa, the president's nephew and son of Prime Minister Mahinda Rajapaksa, told parliament this week that some of those detained had been in jail since before he was born in 1986.

He added that his government is working to free them. The law allows suspects to be held without charge for long periods of time.

The UN Human Rights Council last week urged the government to either charge or release those detained under the PTA, including human rights activists who were recently arrested.

Critics warn the law is being used as a weapon targeting dissidents and minorities in the fractured country.

The Tigers were crushed in a no-holds-barred military campaign that ended in May 2009.

International rights groups, including the UN, have called on Sri Lanka to ensure accountability for atrocities allegedly committed when thousands of civilians were killed in the final stages of the 37-year separatist war.

The military has denied the allegations and the Rajapaksa government has slammed the criticism as politically motivated.