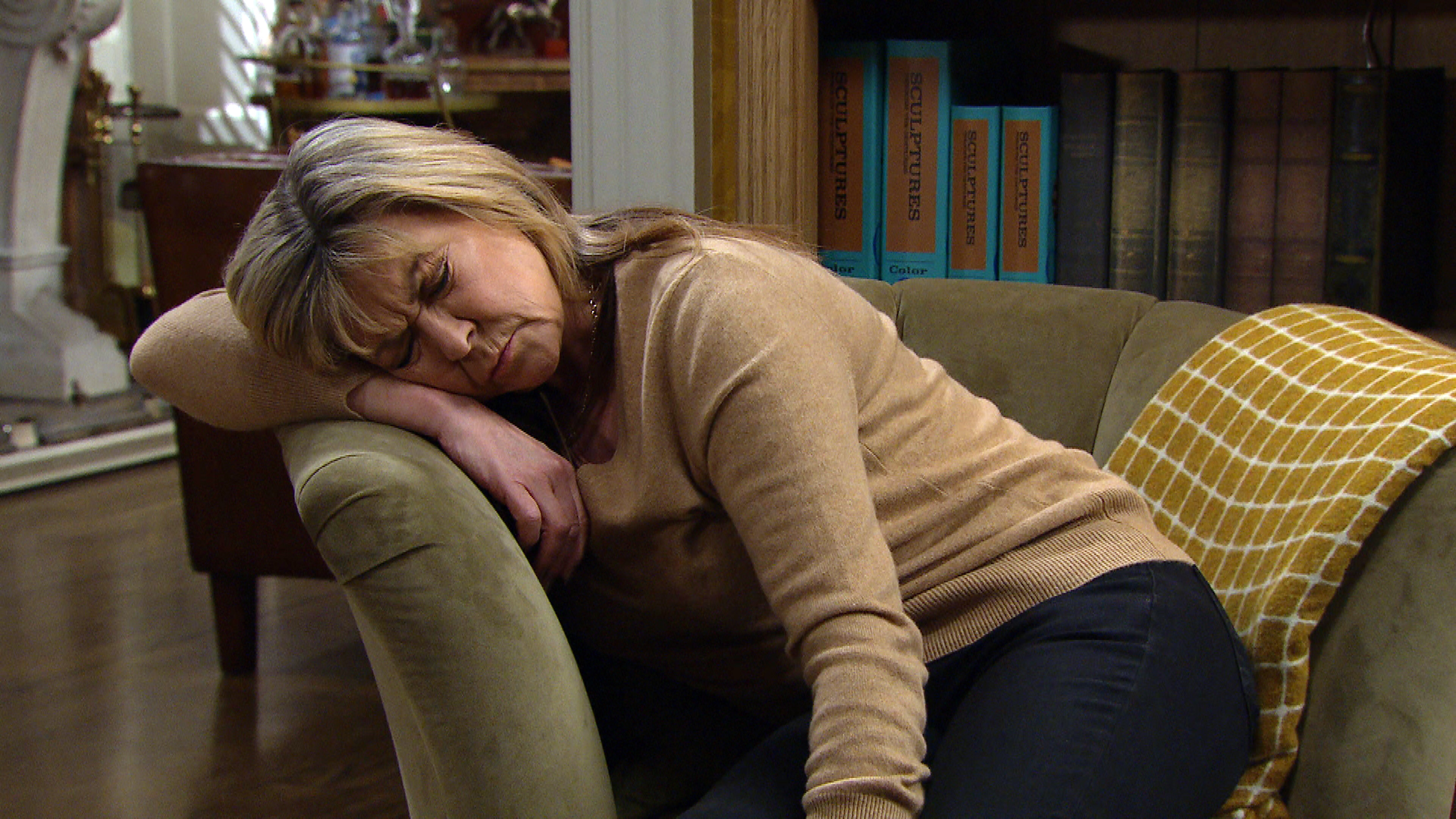 Emmerdale spoilers: Is Kim Tate dead and who poisoned her?

The Queen is dead? (Picture: ITV)

A dramatic chain of events will air in Emmerdale this week – both on TV and on ITV Hub, where you can binge the entire week’s drama.

Emmerdale recently revealed that Kim Tate will be found dead – but is this really the end of Claire King’s character? And is Will Taylor (Dean Andrews) the killer?

For weeks, a mystery assailant has been poisoning Kim, causing her to be weakened and collapse – but thanks to her Kim Cam, she has figured out that someone is out to get her.

As she continues to investigate the truth, Jamie (Alexander Lincoln) reckons he has it all figured out and has exposed Will to a hurt Kim.

But more twists are to come when Kim confronts Will, not believing that he had nothing to do with the plot to either oust her from Home Farm or even kill her.

There have been many other suspects such as ambitious Gabby Thomas (Rosie Bentham), angry Dawn Taylor (Olivia Bromley) and bitter Jai Sharma (Chris Bisson), not to mention Jamie himself.

Jamie is with Dawn when he gets an emergency call and rushes to Home Farm where he finds Kim lying dead on the floor. But is all as it seems? Would Emmerdale truly kill off the Queen Of Home Farm before she could get revenge on her poisoner or does another twist lie in store?

Those who wish to find out can head to ITV Hub but for those who watch on TV, Metro.co.uk won’t be ruining the outcome for viewers until after the episodes air on screen.

However, what we can promise that as Will is arrested, there is another twist to find in the poisoner mystery – after all, it’s never the one the police arrest first is there?

And as Jamie breaks down over his mum’s death, those closely involved with Home Farm are not prepared for the events that play out afterwards – with major consequences for more than one local.