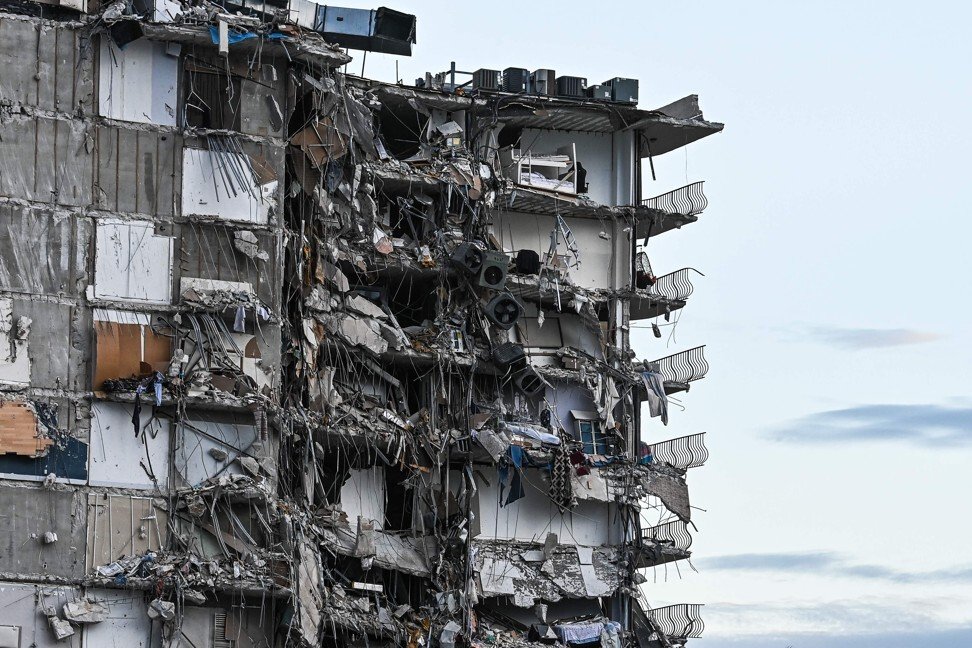 A 12-storey block of flats in Florida partially collapsed early on Thursday, killing at least one person and leaving 99 more unaccounted for as teams of rescuers combed the rubble for survivors.