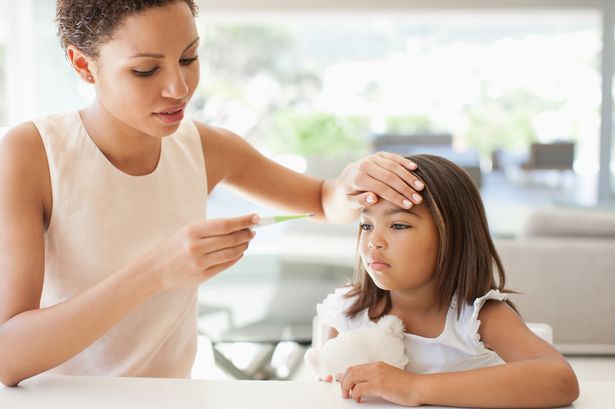 Medics are warning that if a current surge in children admitted to emergency departments continues they will need more beds to save young lives this winter.

Carole Gavin, vice president of the Royal College of Emergency Medicine and an A&E consultant in Greater Manchester, said the admissions to A&E departments in May were the second highest ever recorded, reported the Manchester Evening News.

And A&Es across the UK have been reporting record numbers of young children being admitted.

In children's emergency departments, some doctors are reporting admission rates comparable to "the busiest days of pre-pandemic winters".

Last Wednesday night, more than 200 children were said to be waiting in A&E departments across Greater Manchester and factor appears to be a rise in referrals from 111 as parents struggle to get their children seen by GPs.

The latest Covid wave led by cases in young adults is another potential reason for this.

But the driving factor appears to be a spike in respiratory viruses among very young children that were suppressed over the winter by lockdown.

Respiratory Syncytial Virus (RSV) is a common virus that usually causes mild symptoms but can lead to bronchiolitis and pneumonia, especially in children under two.

It’s estimated to result in 30,000 hospital admissions in children annually and more than 80 deaths, while Covid has, according to infectious disease experts, so far led to 4,000 admissions and 20 deaths in children.

A consultant working in a Greater Manchester children’s emergency department, who asked not to be named, said they were already seeing, on an average week, 25 percent more children than they would expect at this time of year.

This coincides with a 20 percent reduction in inpatient beds in children’s wards across the Manchester region due to infection control.

The consultant said: “On a number of days over the past four weeks we have seen attendance numbers in excess of those seen during the busiest days of pre-pandemic winters.

“Historically, paediatrics is very seasonal with kids coming in with coughs, colds and temperatures from September onwards.

“What we’ve seen is an increase in these kids now. We are having days where there is already a 40 percent increase compared to 2019."

He continued: “It’s worrying a lot of us significantly and it’s a concern for winter.

“We need to prepare as we did for the Covid pandemic, on a smaller scale. The number of paediatric intensive care beds is stagnant and we need more of those, and high dependency beds for those who need respiratory support.

“We need a comprehensive winter plan and more equipment and staff. If not, and the predictions come true, there could be chaos.

“You might have children in a hospital with two high level beds but six or seven children requiring high dependency care. If you don’t have the CPAP machines (which assist breathing) to deliver that then children will deteriorate.

“More babies might die, that’s what you’re looking at if numbers increase as they are warning they might. The health service is not set up to deliver that level of support.

“We need more beds in Greater Manchester. There is always a budget that comes for winter pressures but will it be enough? I don’t know.”

Meanwhike, Dr Damian Roland, a paediatrician from Leicester, said he had recently seen nearly 300 patients in one day in his emergency department.

"You just see hour after hour more and more patients arrive, and we simply don't have enough staff to keep up with that demand," he told the BBC.

"We feel like we're at our capacity and winter hasn't even begun yet."

Last month, the NHS sent out a letter to medical directors across the country warning of the "potential for an increase in paediatric respiratory viral infections" - and urging regional hospitals to increase capacity.

Using modelling based on the post-Covid winter seen in Australia, among predictions was an earlier outbreak of respiratory conditions (RSVs) among children, with an overall increase of annual cases of between 20 percent and 100 percent on previous years.

The surge is thought to have been caused by, as one Greater Manchester paediatric nurse said, a "more sterile" environment during the pandemic with social distancing, handwashing and a lack of mixing.

Normally in the UK, RSV is a winter virus that does lead to an increase in hospitalisations, particularly in babies. Last year, as usual, the RSV spike had ended by February.

But now, as restrictions are eased, schools return and children begin mixing again, there is a larger than usual pool of babies - heightened by a lockdown baby boom who have not been exposed to the virus.

Those babies born after February 2021 are at a ‘prime age’ to suffer bronchiolitis, and are also prone to recurrent infections, which could lead to repeat admissions in the winter months.

The NHS letter urges directors to prepare for a surge starting in August, but the Manchester Evening News has seen figures that show In May, North Manchester General Hospital had a seven percent increase in activity compared to the pre-pandemic May 2019.

A report from Manchester Health and Care Commissioning attributes the rise, in part, to "a significant increase in paediatric attendances.”

It refers to patients "unable to secure an appointment with their GP" due to "an increase in demand for primary care services".

A paramedic for North West Ambulance Service told the Manchester Evening News : “We are taking a lot more children to hospital and consultants are telling me that the hospitals are rammed with children.

“The months they haven’t built up the immunity they need so they are getting coughs, colds and asthma.”

Acknowledging the pressures on GPs, a paediatric consultant said: “We do see kids coming to the door because they can’t be seen by their GP.

“A lot of these illnesses can be managed by parents at home but we have seen a sea change in how parents manage minor illness. They worry about sepsis and meningitis.

“Your child could have a temperature because of a cold or because of meningitis. How do you, as a parent with no medical knowledge and maybe limited family support, make that call?”

He said many children were being seen "too early" at the outset of a temperature, before medics can see enough symptoms to diagnose the cause.

Dominic Harrison, the DPH at Blackburn, in Lancashire, whose health trends are mirroring Greater Manchester’s, said: “Note many A&E departments now seeing a surge in children's attendances in A&E – both Covid and non Covid."

And the paediatric consultant, who described "waiting on a cliff" for the potential impact of Covid that never materialised in children, said that now might be about to emerge as a secondary impact of lockdown.

He said he knows that Greater Manchester Health and Social Care Partnership have begun contingency planning, but added: “Now it seems like the surge has started and what we are seeing now are indications it’s going to be significant.”