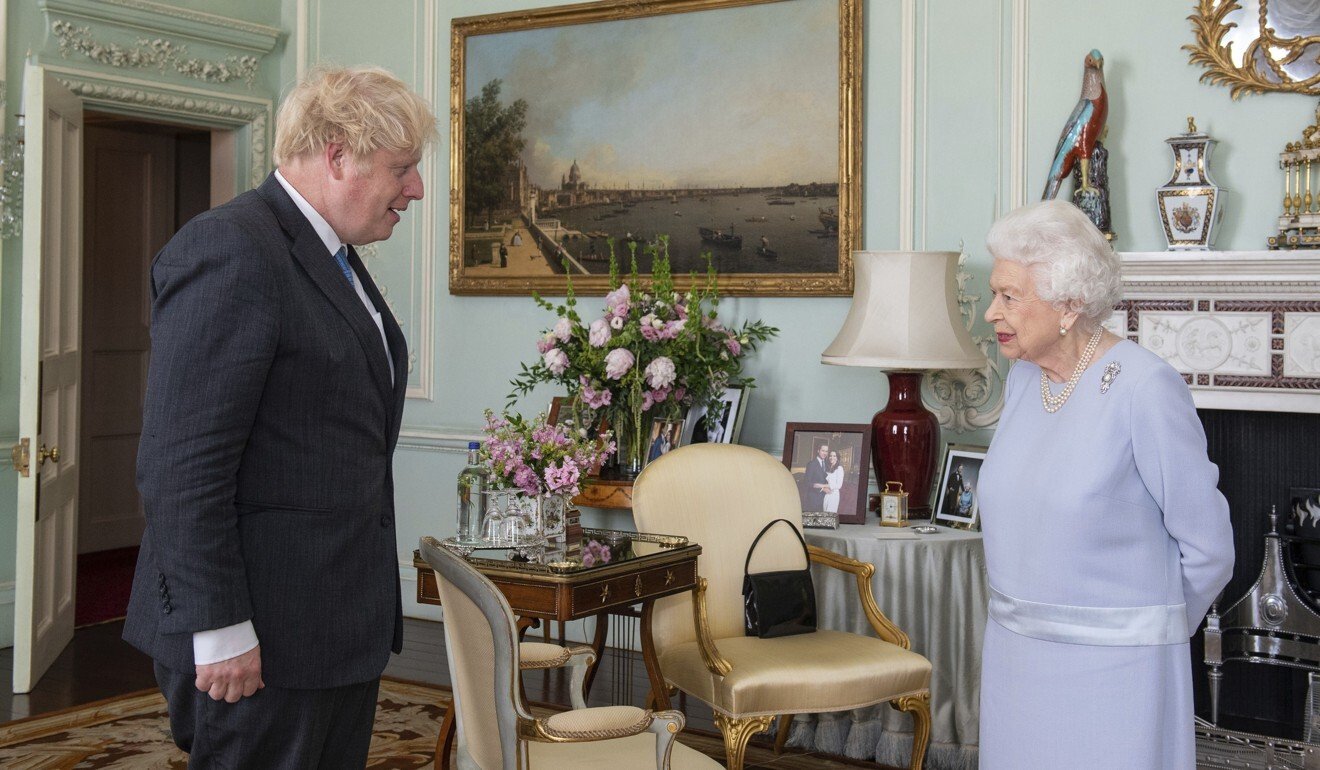 UK Prime Minister Boris Johnson’s plan to build a £200 million (US$278 million) flagship has come under fire for being an expensive vanity project that even Queen Elizabeth appears not to be totally on board with.

Downing Street announced last month plans to start building what would be the first national flagship since the Royal Yacht Britannia was decommissioned in 1997.

Johnson said it would be “the first vessel of its kind in the world”, would kick-start the UK’s diminishing shipbuilding industry and “represent and promote the best of British”, sending “a clear and powerful symbol of our commitment to be an active player on the world stage”.

Downing Street said the ship would sail the globe, attending and hosting trade fairs and ministerial trade summits as well as being a symbol of the UK’s engineering capacity.

It would complement other post-Brexit trade initiatives, including a

Negotiations began this week for UK membership to the Comprehensive and Progressive Agreement for Trans-Pacific Partnership. The CPTPP removes 95 per cent of tariffs between its 11 members, which include Japan, Australia and Canada.

But weeks after the flagship announcement, plans have hit some choppy waters.

According to The Daily Telegraph, the paper Johnson used to work for that has long campaigned for a new royal yacht, the original plan was for it to be named Prince Philip, after the Duke of Edinburgh who died in April.

That idea appears to have hit an iceberg at Buckingham Palace following media reports Queen Elizabeth was refusing to allow it to be named after her late husband. The government said the name would be announced at a later date.

The Sunday Times quoted a senior royal source as saying it was “too grand” a symbol for use by the monarchy in modern times. “It is not something we have asked for,” the source was quoted as saying.

Stephen Payne, the designer of the Queen Mary 2 ocean liner, told The Telegraph the planned flagship looked like a “1950s fishing trawler”, and argued that the UK “could do something more ambitious”.

“If you look at the wider reaction in the UK media it’s not been positive”, Trevor Taylor, Defence Management Fellow with the Royal United Services Institute think tank, told South China Morning Post.

“Crucially the issue is whether it does enhance UK standing in the world and increase trade opportunities. I personally have doubts.

“Downing Street has the habit of putting out these ideas and then everyone has to run around and try and make it work.”

Last year, eyebrows were raised when Johnson announced he had commissioned engineers to work on a feasibility study for a

35km bridge across the Irish Sea

The study, due to be published this summer, now appears to have morphed into a plan to build three tunnels from Wales, England and Scotland that would join in an underwater roundabout under the Isle of Man.

As London’s mayor, Johnson was criticised for his failed project to build a garden bridge across the Thames in central London. The project was subsequently scrapped by the current Mayor Sadiq Khan, costing taxpayers £45 million in consultancy fees.

Critics point out that the government has yet to publish an economic impact assessment of the benefits of the flagship, while there have been reports of near war in the Cabinet office over which ministry should pay for it.

When asked if the price tag was too high he said: “It’s a symptom, £200 million is not going to cause problems, but it shows there are people in Number 10 who just think there’s free money and who think that waving a Union Jack and sending yachts and aircraft carriers around the world shows what a great power we are. We have no money for that kind of thing.”

The Ministry of Defence would likely pay for the ship, even though it was designed to promote trade – not war – and should by rights be financed by the Foreign Office of the Department of Trade and Industry.

That decision comes after it emerged that under World Trade Organization procurement rules signed by the UK, the contract to build the vessel would have to be put out to international tender if its use was for anything other than military purposes.

Defence Secretary Ben Wallace confirmed to parliament’s defence committee on Wednesday his department could afford to foot the bill. Last year, the government agreed to

boost military spending over the next four years by £16.5 billion

, the biggest single cash injection into the MoD budget for 30 years.

“The MoD could help with the contractual and procurement issues and fitting it into a wider shipbuilding strategy, but I would still be surprised if this thing ever gets through,” Taylor said.

Another concern is the ship, which would be staffed by naval officers, would also need naval protection as it sails round the globe, increasing costs.

Conservative MP Tobias Ellwood, chair of the House of Commons Defence Committee, tweeted that if MoD was to pay for the ship, it would be “more efficient to utilise a modular Type 32 for this function”. The Type 32 frigate is a new class of surface warship in development in the UK for the Royal Navy.

“Any other vessel would require a warship escort and that’s an extra burden our overstretched surface fleet cannot afford,” he said.