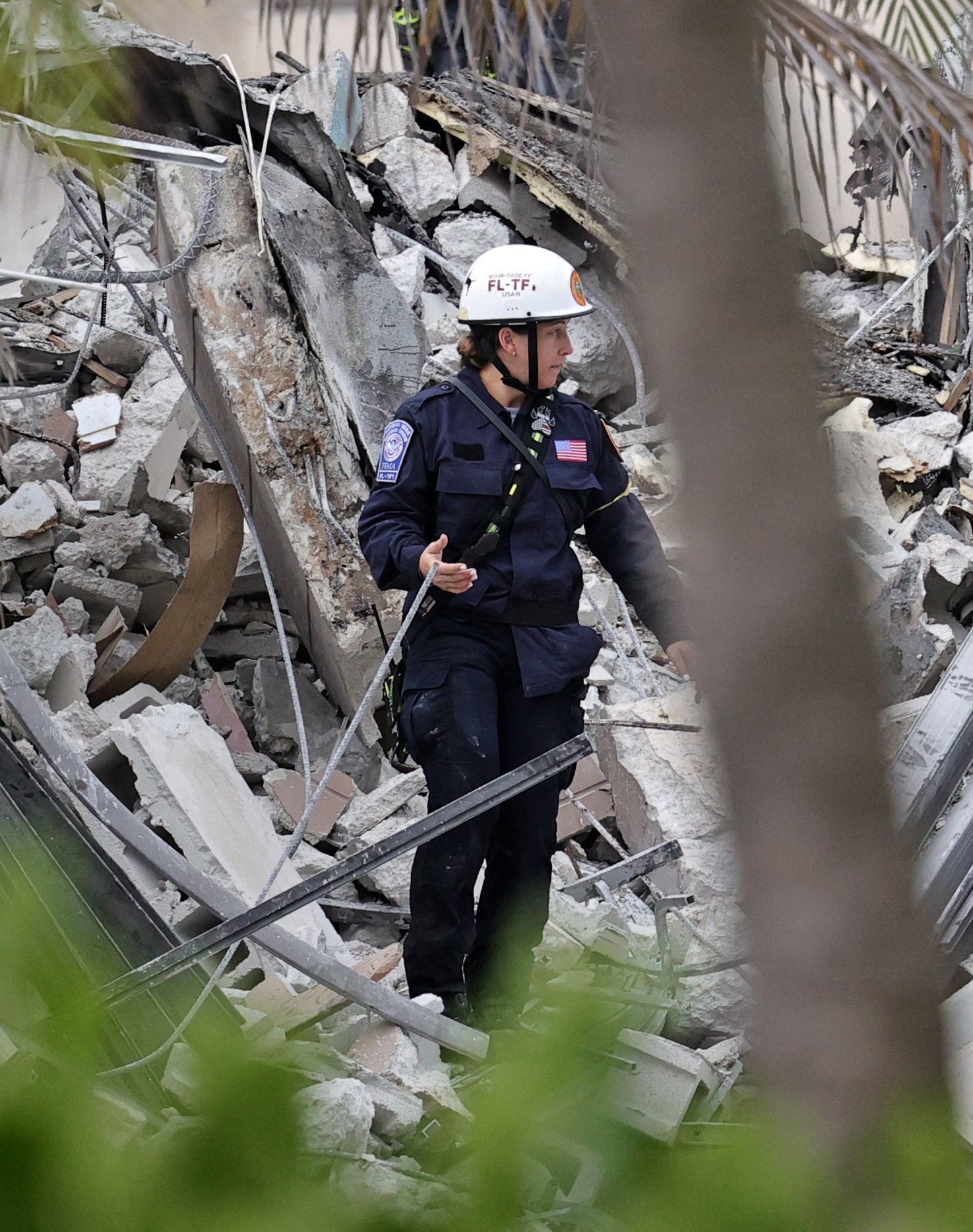 Shocking pictures show the destruction and devastation caused after the collapse of a residential building in Florida yesterday that killed one person, with 99 people still unaccounted for.

Emergency workers have been fighting tooth and nail to rescue people after the building fell and have already pulled at least two people from the rubble.