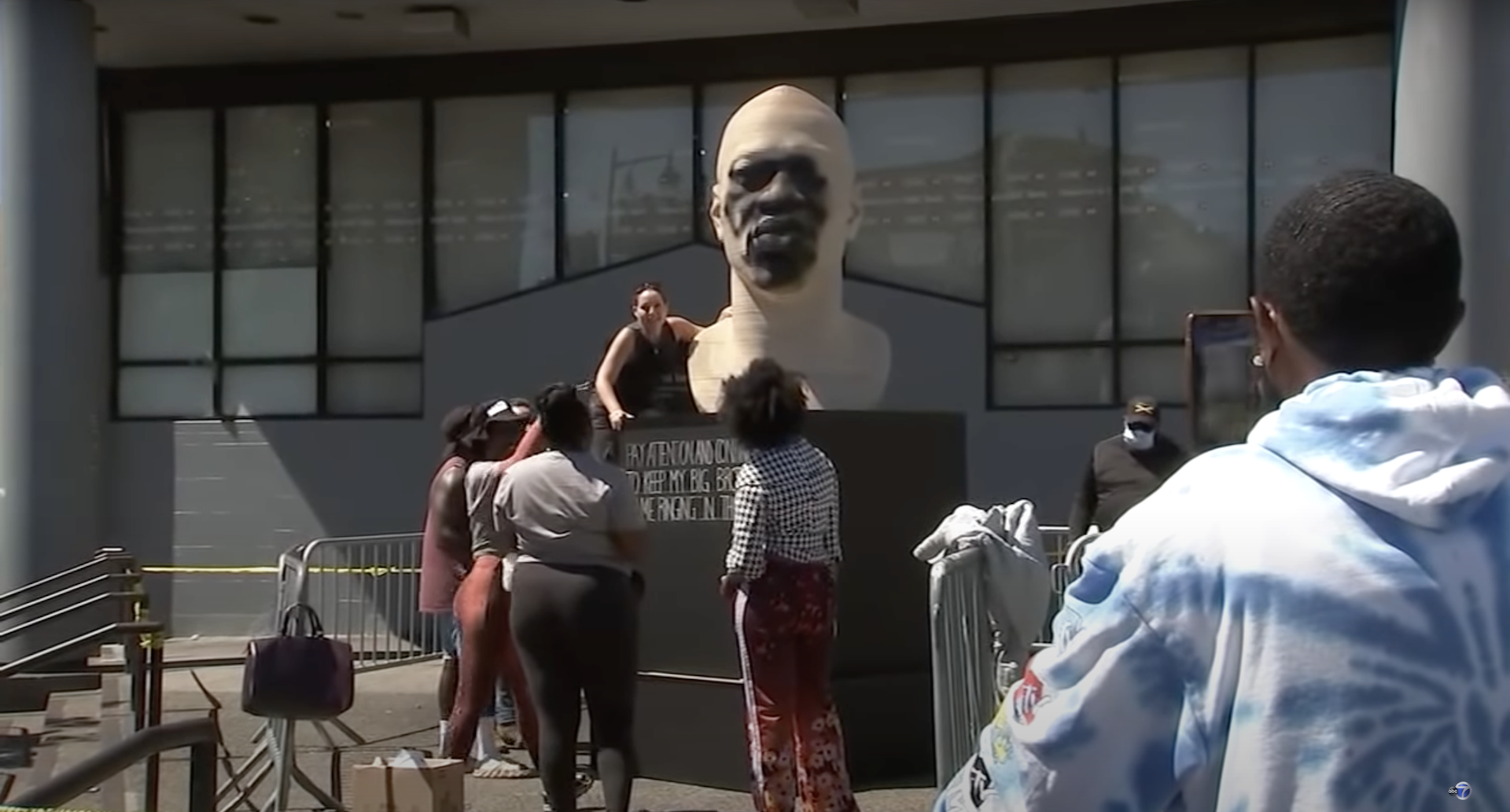 The vandalism, which authorities believe was committed by a white nationalist hate group, was discovered on Thursday morning. Authorities are now searching for four men who were caught on surveillance video vandalizing the Brooklyn statue, which had been unveiled on Juneteenth. The men are seen on camera using black spray-paint on the statue and pedestal, and tagging the pedestal with their fascist, neo-Nazi group’s website, patriotfront.us. The footage shows the group of men near the statue before and after the incident.