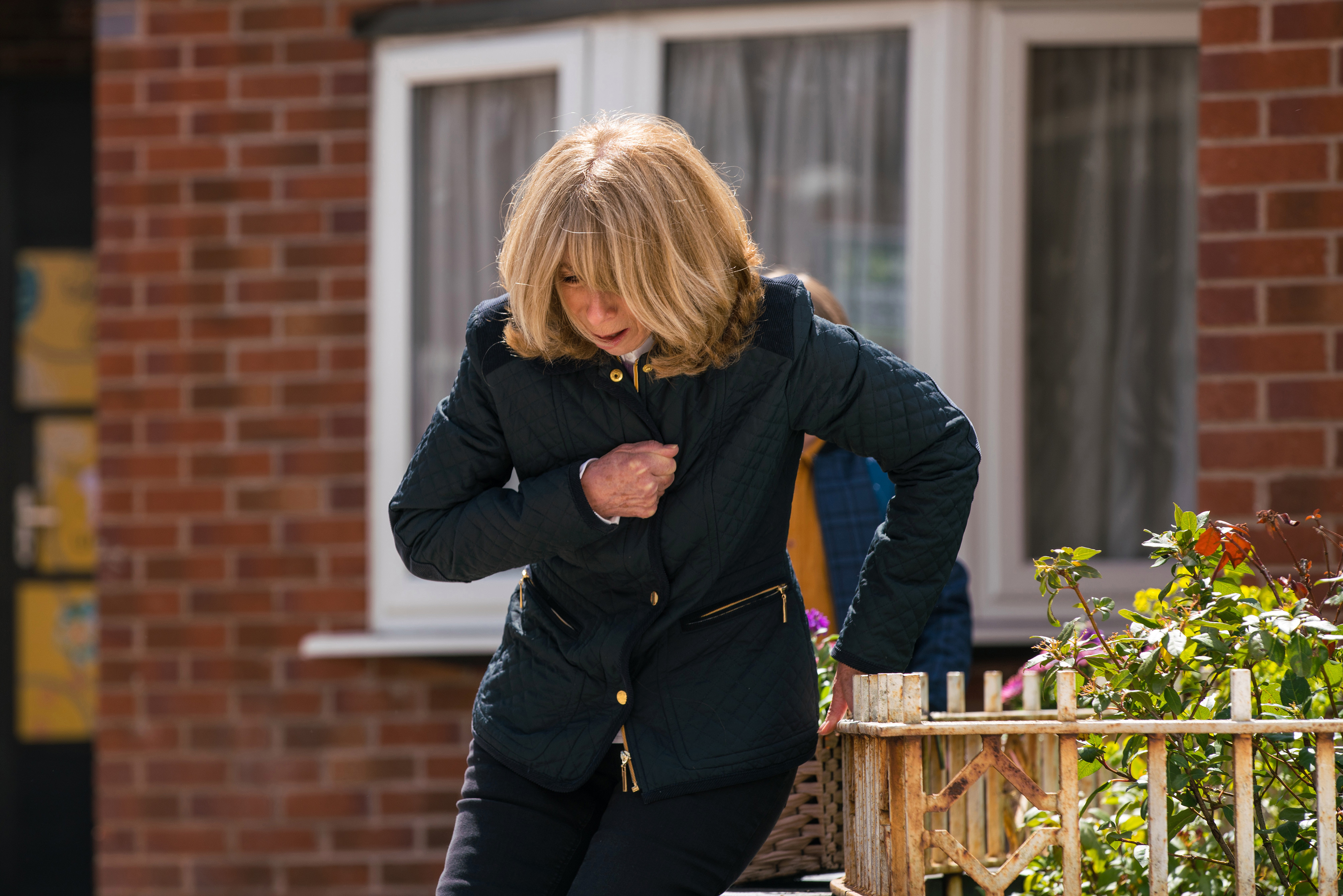 Coronation Street’s Gail Platt (Helen Worth) will be at the centre of the family drama in upcoming episodes as she’ll have a heart attack, but will she pull through?

Discovering that Gail is looking after him tomorrow, David (Jack P Shephard) forms a plan.

As David puts pressure on Gail to let Sam see Nick, Gail is stressed and adamant she must respect Natasha’s wishes.

Meanwhile, Nick tells an angry Sarah (Tina O’Brien) he’s going to sell his shares in the factory as he wants to spend more time with Leanne (Jane Danson).

When David dupes Gail into Sam and Nick meeting up, another row breaks out at the Platts.

Gail heads outside for some air where Sam finds her doubled over and clutching her chest in pain.

As an ambulance is called, a breathless Gail accuses Nick, Sarah and David of causing her heart attack with their endless bickering.

Will Gail recover from her heart attack?

How will Sarah, Nick and David cope without their mum?