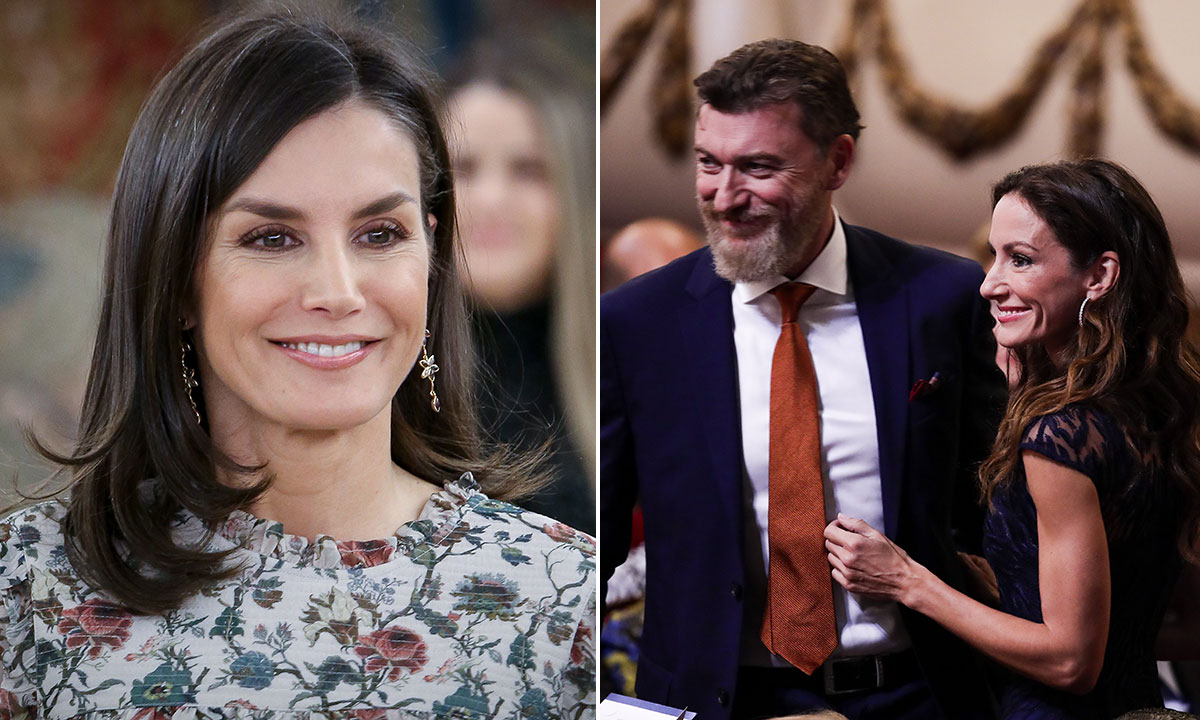 Queen Letizia of Spain is set to become an aunt again as it's been revealed that her younger sister, Telma Ortiz, is reportedly expecting her second child.

According to Semana magazine, Telma, 47, is pregnant with her first child with her partner, Irish lawyer Robert Gavin Bonnar.

He is the former husband of Sharon Corr, singer and violinist of the group, The Corrs, to whom he was married for 18 years until 2019 and shares two children.

Telma already has a 13-year-old daughter, Amanda, from her former relationship with lawyer Enrique Martín Llopis.

WATCH: Princess Leonor carries out first ever solo engagement at 15

Telma and Gavin pictured in 2019

Princess Leonor, who is the heir to the Spanish throne, will move to the UK this August to study the International Baccalaureate program for two years at the UWC Atlantic College in the Vale of Glamorgan, Wales.

Letizia and Felipe announced their engagement in 2003 and married on 22 May 2004 in Madrid, with the bride wearing a wedding dress designed by Spanish fashion designer Manuel Pertegaz.