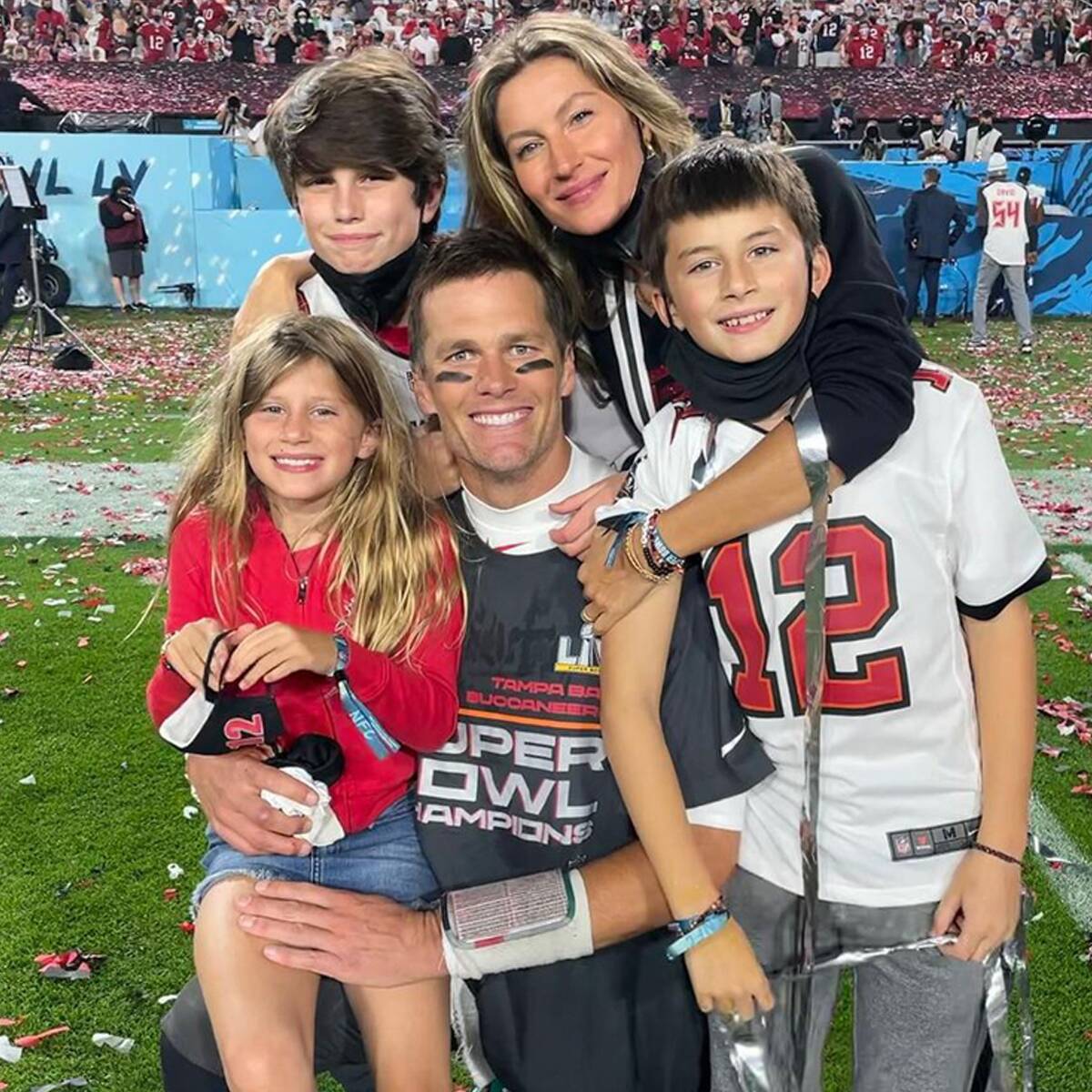 The 40-year-old Brazilian model took to Instagram on Thursday, July 1 to share photos of children Vivian, 8, and Benjamin, 11. The pics show both kids tenderly holding a live chicken, and Gisele juxtaposed them next to throwback photos of herself holding the same type of animal in similar poses when she was a child.

"I think we have something in common. Do you? (Me as a child and Vivi and Benny now.) #tbt," the star captioned it.

Among those sharing the delight in the comments was Tom himself, who used a sweet nickname for his wife of 12 years.

"So precious and love these angels and YOU my Numero Uno," the 43-year-old reigning Super Bowl MVP wrote. The athlete also shares son Jack, 13, with ex Bridget Moynahan.

Many fans responded by acknowledging that Vivi and young Gisele look alike, along with praising the family for loving animals.

Back in May, Tom shared his support for both Gisele and former girlfriend Bridget by giving shout-outs to each woman on Instagram for Mother's Day.

"Happy Mother's Day @gisele," he wrote to accompany a photo of his wife with his three children. "You love us and support us like no other. Have a special day!"

On his Instagram Story that day, he also posted a shot of himself with Gisele, Jack and Bridget. "Happy Mother's Day @bridgetmoynahan," Tom wrote for that image.