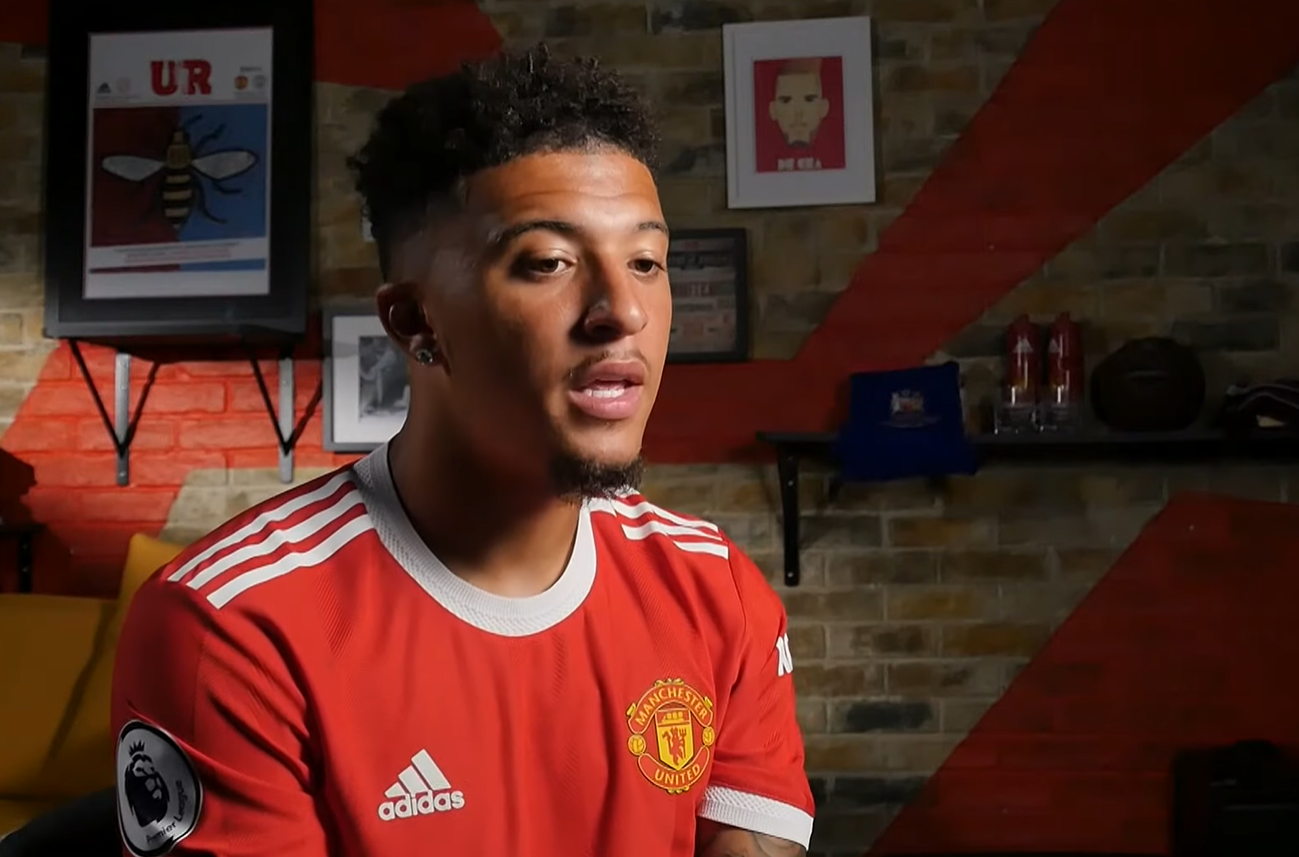 The winger trained with his new teammates for the first time this week (Picture: BT Sport)

Manchester United new boy Jadon Sancho says he is ‘buzzing’ at the thought of taking on Lionel Messi and PSG’s star-studded attack in the Champions League, while he was full of praise for new teammate Bruno Fernandes and his winning mentality.