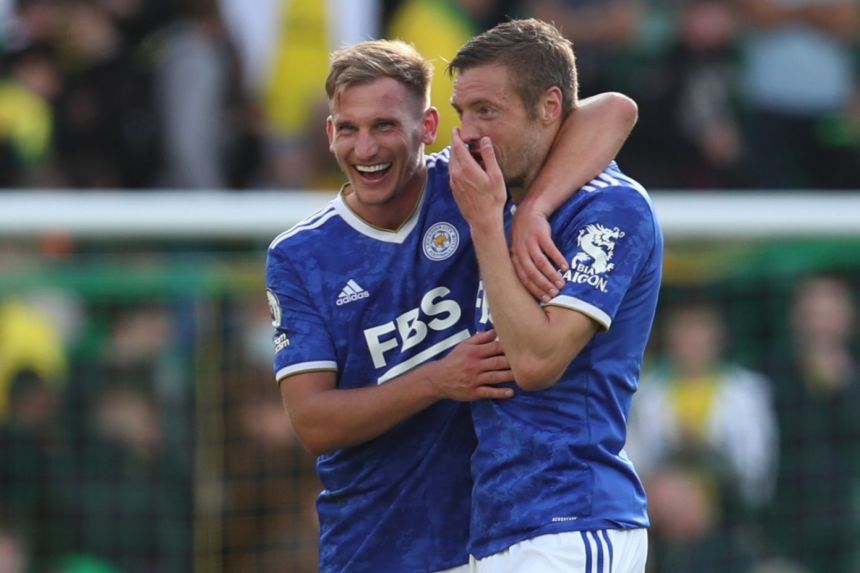 Jamie Vardy had fired Leicester ahead with a superbly taken goal in the eighth minute before Teemu Pukki brought the home side level from the penalty spot just before the break.

The penalty came after Caglar Soyuncu was ruled, after a lengthy VAR review, to have fouled Pierre Lees-Melou and Pukki kept his cool after the delay to slot home.

But Leicester grabbed their second when Vardy set up Albrighton whose deflected shot flew past goalkeeper Tim Krul.

“I don’t score too many goals, but to get off the mark for the season is fantastic for me,” Albrighton told the BBC.

“For it to be the winner, it is fantastic for the team. It was a tough game today so to come away with three points, I am delighted for us,” he said.

“We played on the front foot for most parts of the second half. Still improvements to be made but I think, overall going into the international break, to get the win was the main thing.”

Kenny McLean headed in a corner for what Norwich thought was a late equaliser but VAR ruled Todd Cantwell was offside.

“I’m not too sure about (the disallowed goal), but it didn’t affect us, we kept on going and like everyone in the changing room I felt we deserved a draw,” Norwich’s on-loan Manchester United defender Brandon Williams said.

“At the time I thought it was a perfectly fine goal. I felt (keeper Kasper) Schmeichel had no chance even if Todd was in his way, but I will have to watch it back.”

The victory moved Leicester up to eighth place on six points, while Norwich are second-bottom above Arsenal.