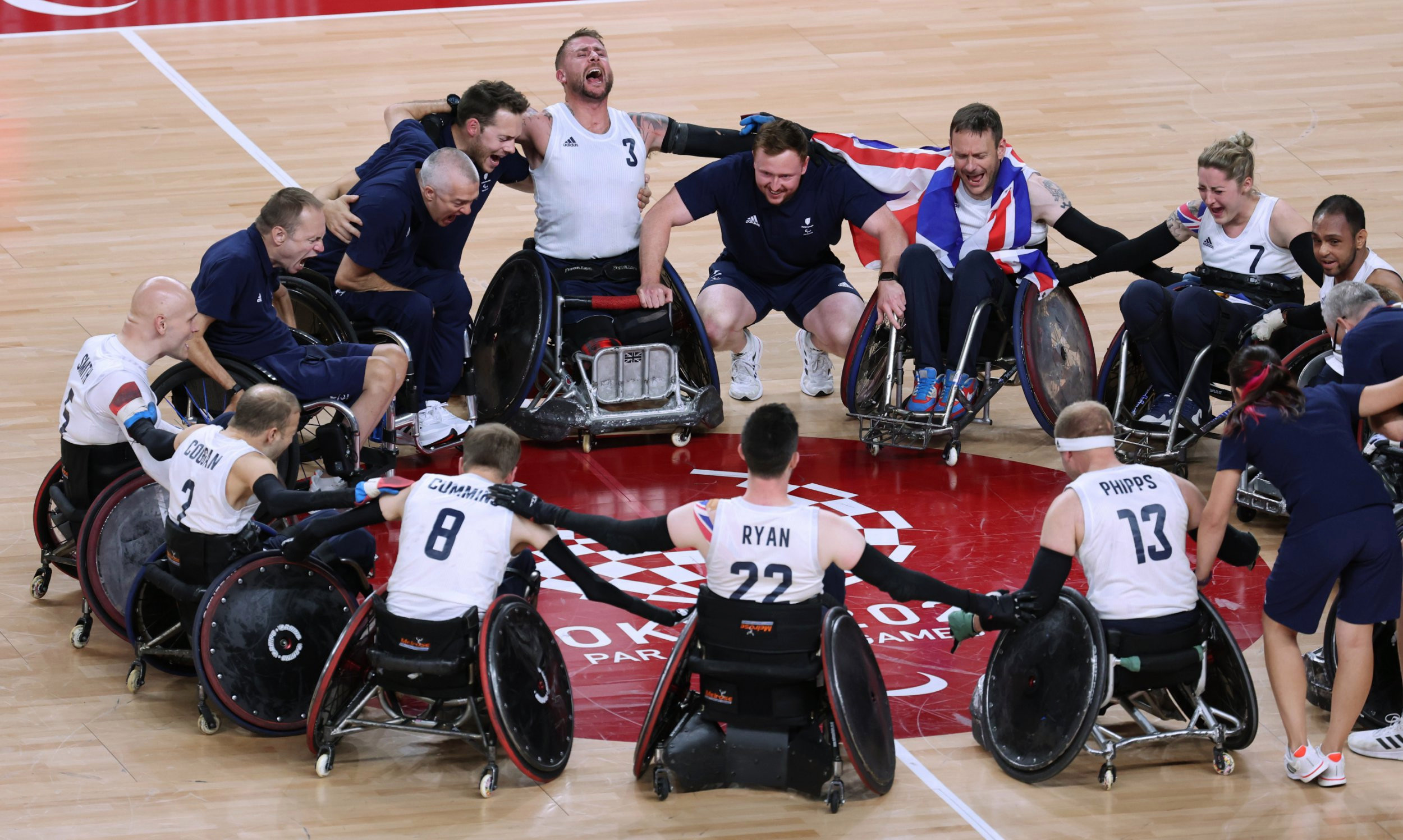 Team GB have won their first-ever wheelchair rugby gold medal at a Paralympic Games with a 54-49 victory over USA.

The sport, which was originally called ‘murderball’ due its aggressive and full-contact clashes, was first introduced as a full event at the Paralympics in 2000.

But a medal had eluded Great Britain until Tokyo after defeats in the bronze-medal play-offs in 2004 and 2008.

In their final against USA on Sunday, Team GB led the way throughout but the score was always tight and a brilliant performance in the final quarter played a key role in securing gold.

‘What an amazing shift that was,’ Roberts said after Team GB’s historic win.

‘That was one to remember. I play to win every game I go into, so that’s what I wanted to come for. We knew there woul dbe some amazing teams here.

‘USA are a class act, and it was just amazing to meet them in the final.

Stuart Robinson, who is a British Royal Air Force veteran, scored 14 tries in the final (Getty)

What country is RPC at the Paralympics? Meaning behind it explained

‘They always beat us in the major tournaments and it was nice to put a nail in that one.’