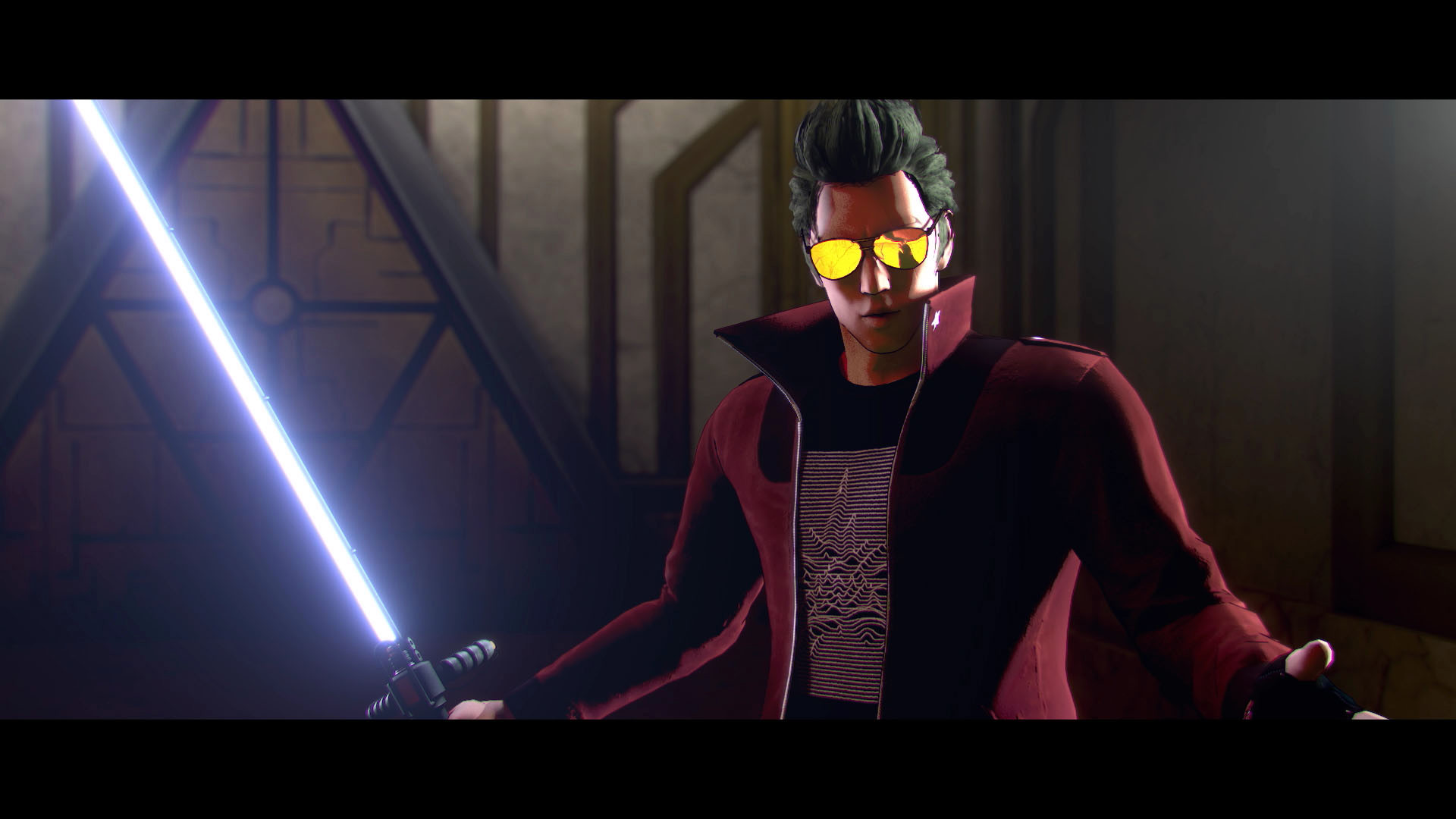 No More Heroes 3 – Travis is back, for the last time (pic: Grasshopper Manufacture)

Suda51 returns with what he promises will be the last No More Heroes game, but does Travis Touchdown still retain his earlier appeal?

The logo for developer Grasshopper Manufacture insists that ‘Punk’s not dead’, and for a time during the 2000s it was able to ensure that was true, thanks to the efforts of founder Goichi Suda, aka Suda51. With titles like The Silver Case, killer7, Lollipop Chainsaw, Killer Is Dead, Let It Die, and the original two No More Heroes he earned a reputation for fiercely individual games that mixed surrealism with arcade sensibilities and deeper narrative themes.

Unfortunately, as Suda took on more of a managerial role, both the quality and quantity of games began to decrease, with 2019’s highly disappointing spin-off Travis Strikes Again: No More Heroes suggesting that he may have lost his touch. The good news is that this third title is a considerably better game, even if its still not up to the standards of Suda’s best.

What exactly was going on at Grasshopper the last few years we’re not sure, but they suddenly have five games in production at the moment, three of which are new IP. No More Heroes 4 is not one of them though, as Suda has said that this will be the latest entry in the franchise, in part because he doesn’t want to work on IP he doesn’t own and in part because it’s hard to know where to go after this insanity.