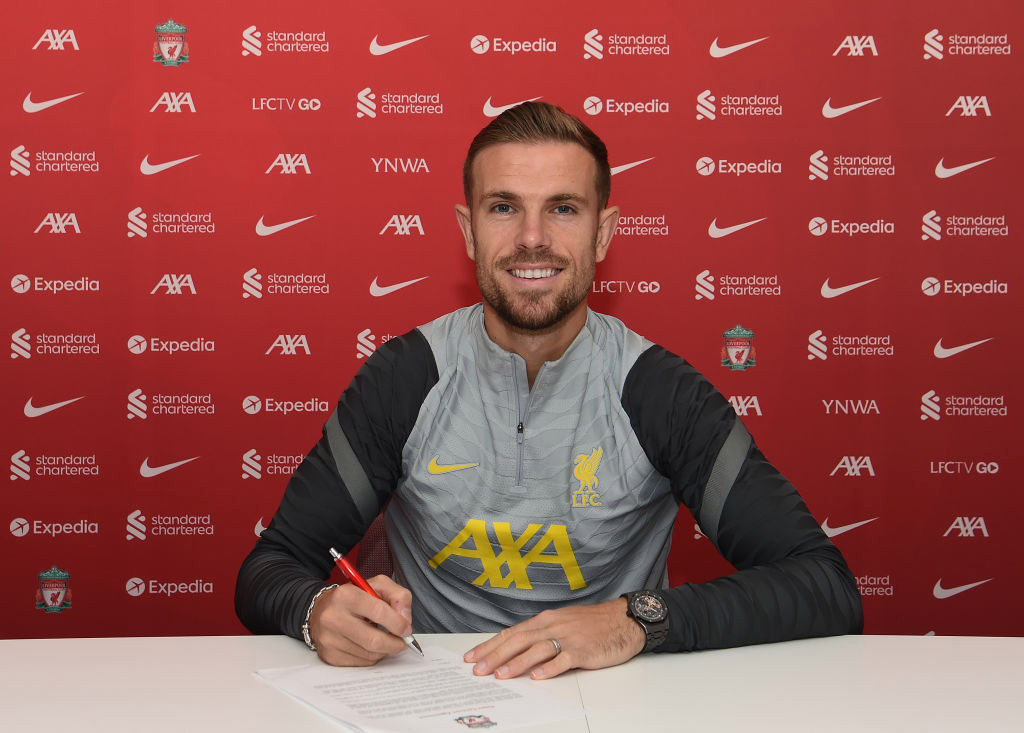 The sipper has committed his future to the Merseyside club (Picture: Getty)

Jordan Henderson says he is feeling ‘as hungry as ever’ after penning anew long-term contract at Liverpool which will keep him at Anfield until 2025.

The England international was linked with a move away from the club earlier this window amid speculation that the owners wanted to lower the average age of the squad.