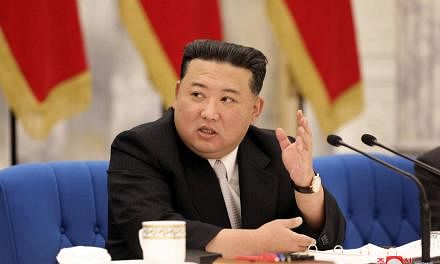 SEOUL (REUTERS) - North Korean leader Kim Jong Un ordered a strengthening of the country's defence capabilities, state media said on Friday (June 24), as he wrapped up a key party meeting with top military officials that came amid concerns about a potential nuclear test.

The meeting has been closely watched due to growing speculation that Pyongyang could conduct its first nuclear test in five years, which US and South Korean officials have said could take place at "any time" now.