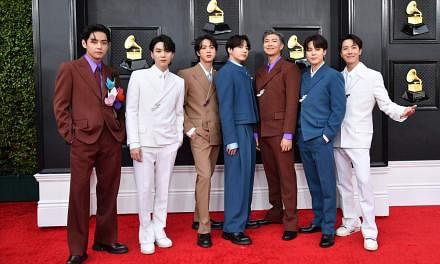 SEOUL - A week after BTS announced it was taking a hiatus to focus on solo projects, the president of the Korea Singers Association, Ms Lee Ja-yeon, urged the K-pop mega boy band to reconsider.

"I'm overcome by my fear and concern that the BTS Hallyu (Korean wave), a movement possessing the greatest cultural soft power that the world has ever witnessed, will vanish soon," she wrote in a statement on Wednesday (June 22), according to entertainment portal Allkpop.