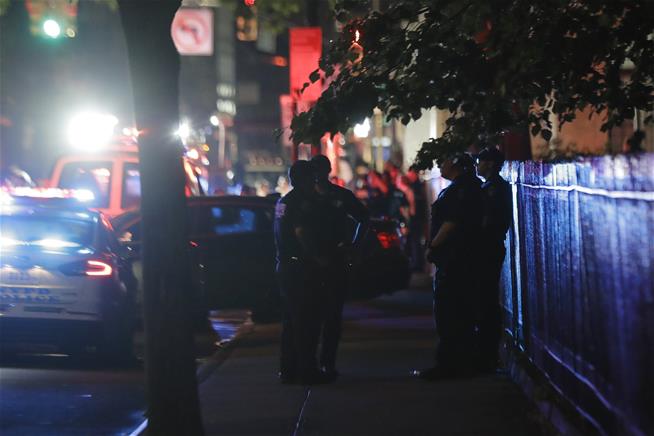 Daily Flash Sales up to 80% OFF! Don't say bojio!
Do you want a free iPhone Xs? Many other amazing prizes are waiting too!

(Newser) – A confrontation in Brooklyn late Wednesday left one police officer stabbed in the neck, two officers with gunshot wounds to their hands and another man shot by police, the New York Police Department said. The officers were taken to a hospital with wounds that were not expected to be life-threatening, the department said. The condition of the man shot by police was not immediately released, the AP reports. The bloodshed happened just before midnight in the hours after an 8pm curfew that was intended to quell unrest over the death of George Floyd in Minnesota. Details on how it unfolded weren’t immediately available.