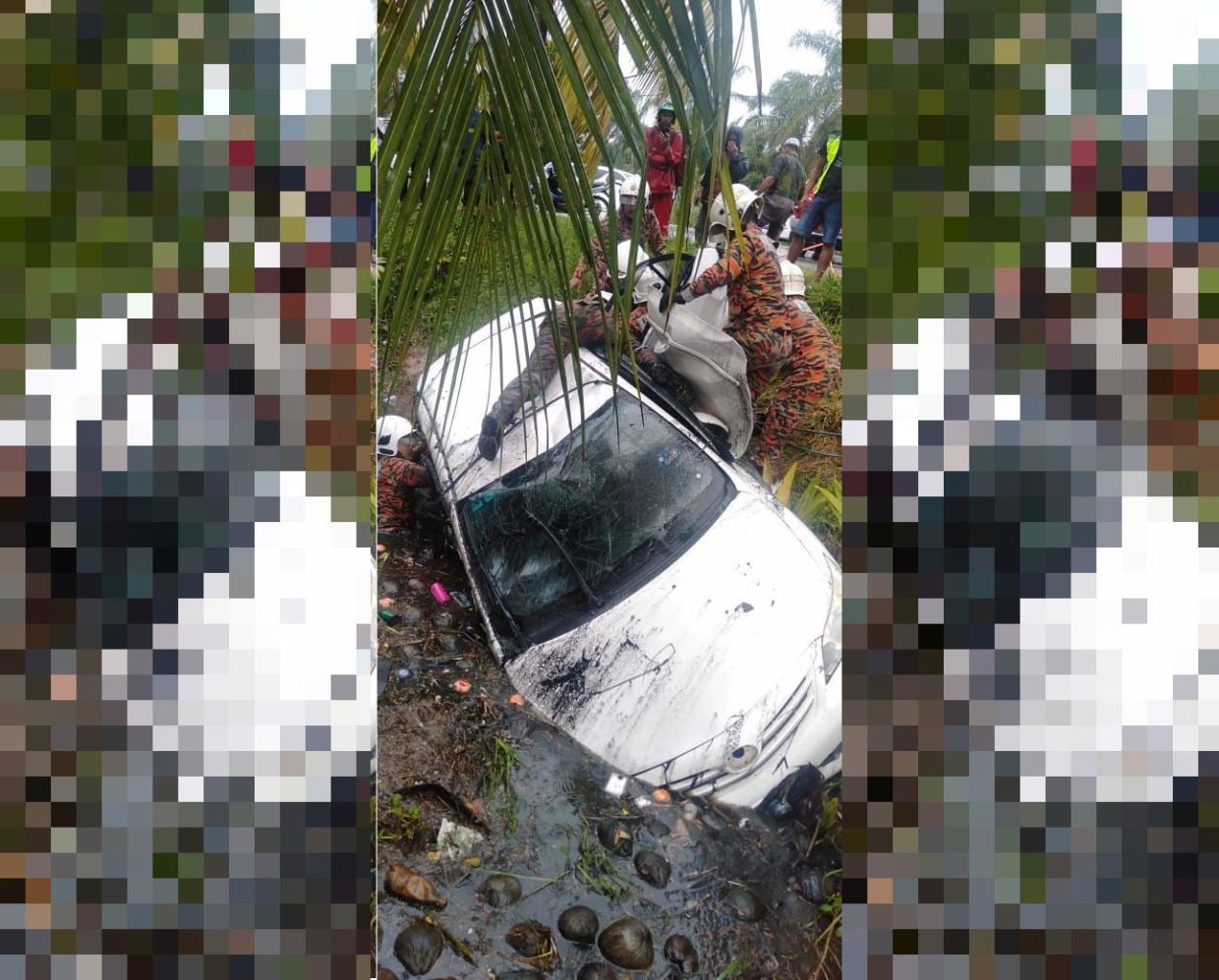 BATU PAHAT: A 75-year-old woman was killed and two others injured after their car crashed into a ditch at KM7.9 of Jalan Muar-Yong Peng, here Wednesday (Jan 25).

Batu Pahat OCPD Asst Comm Ismail Dollah said that the incident occurred at 2.50pm on Wednesday when the driver, a 29-year-old woman, was heading towards Parit Yaani from Batu Pahat.

“The driver was the daughter of the victim, who was travelling with her 4-year-old granddaughter.