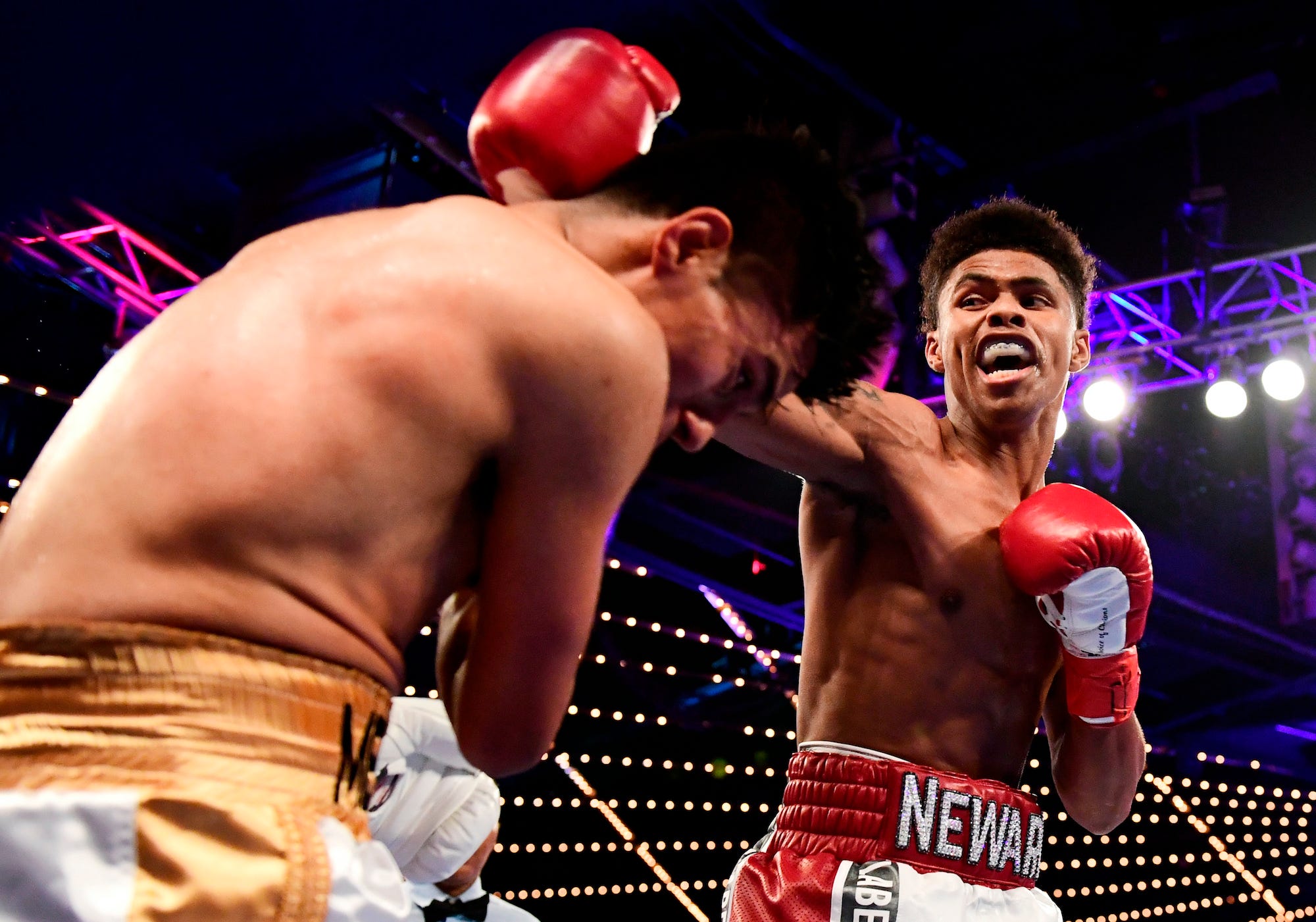 A 22-year-old from New Jersey is the mirror-image of Floyd Mayweather, and could ‘exceed’ the boxing legend’s achievements, his promoter claims

There is a new Floyd Mayweather in the making, according to veteran promoter Bob Arum.

Arum has a 22-year-old champion in his Top Rank stable of fighters called Shakur Stevenson.

Arum says he is like a mirror-image of Mayweather. While Mayweather was right-handed, Stevenson’s left is his stronger hand.

The promoter sees tremendous upside in Stevenson as he says the young WBO featherweight champion is defensively solid like Mayweather was, but has superior offense.

LAS VEGAS – One of boxing’s best-known promoters says a 22-year-old American champion in his stable has the potential to be the next Floyd Mayweather.

Bob Arum, the founder of Top Rank, has many elite athletes on his roster – from pound-for-pound caliber fighters like Vasyl Lomachenko and Naoya Inoue, down to teenage sensations like Xander Zayas.