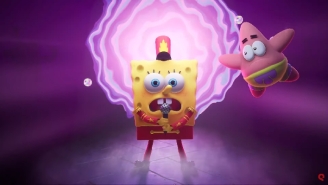 Remember when SpongeBob SquarePants was all the rage? Obviously our favorite undersea sponge is still plenty popular, but when he was the peak of his popularity it was impossible to look anywhere without seeing merchandise, toys, or video games about him.

SpongeBob actually has one of the most robust gaming libraries out there with everything from 3D platformers to minigame collections under his belt. The amount of SpongeBob games have slowly decreased over the years, likely because making video games is expensive and the interest in them just wasn’t there anymore. Although we may be seeing a change in that in the near future. 2020 saw the remake of the much-beloved SpongeBob: Battle for Bikini Bottom released to success. Despite some saying it didn’t quite meet their expectations, it was a fun little game and apparently there’s more SpongeBob on the way.