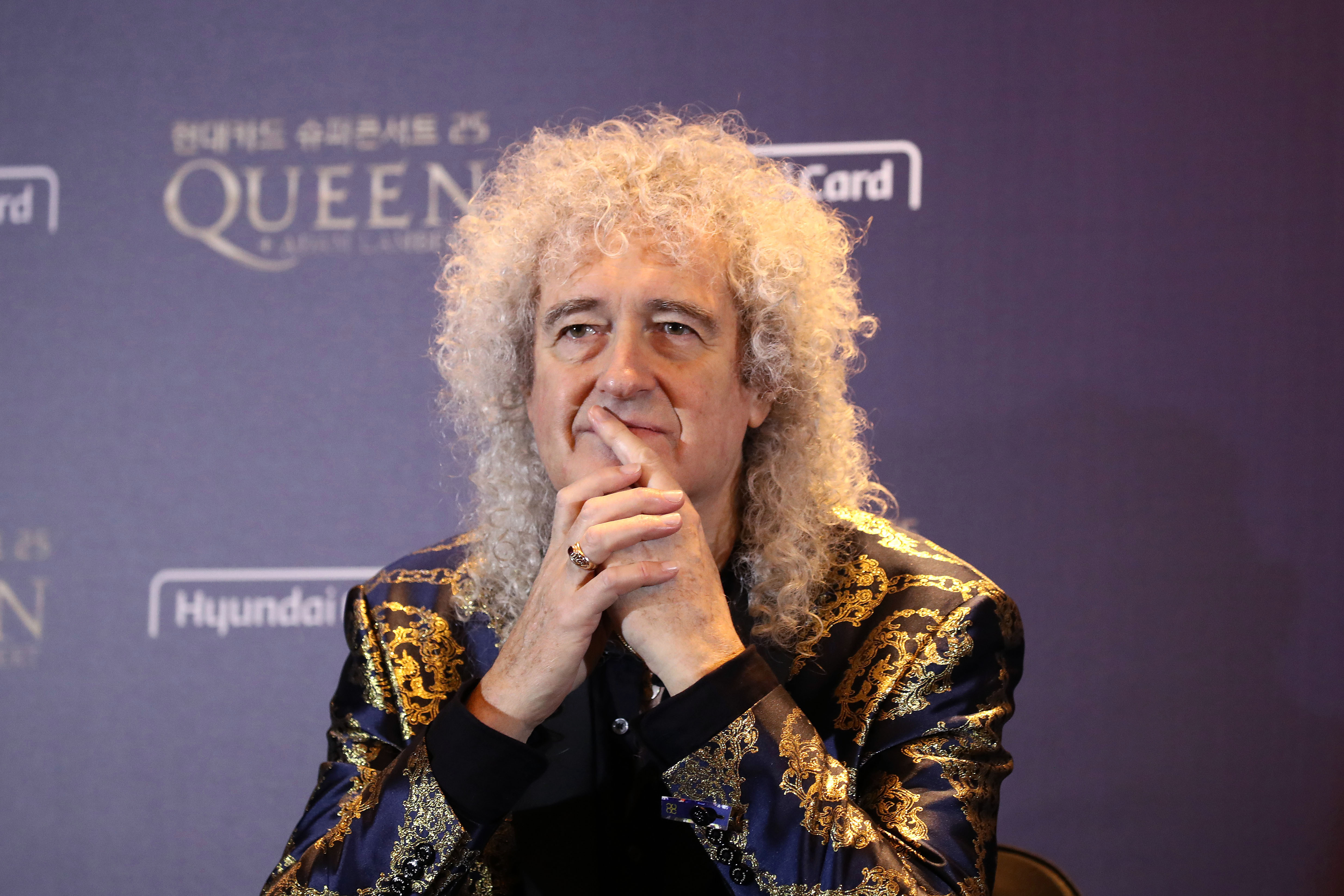 Brian May made quite the entrance (Picture: Getty Images)

Queen star Brian May made certain he wasn’t going to miss Roger Taylor’s daughter Rory’s wedding, landing a helicopter in the middle of a cricket pitch on his way there.

The guitarist made quite the entrance, as his helicopter touched down on the pitch at Hine Downing Oval in Falmouth in front of spectators.

As a result, the match between Falmouth 2nd XI and Helston 2nd XI was delayed by seven minutes.

‘The club knew it was coming, we do get one or two helicopters who land on the outfield from time to time. Everyone just stopped to watch this monster land in the middle of the game.

The match was delayed for seven minutes (Picture: Triangle News)

‘It dropped him off then went off to refuel then came back again. It’s something you don’t see every day.

‘They went to the wedding then came back and flew off at about 10.15pm. It was quite a good game but we lost. Being the second team, there wasn’t a big crowd.’

He was headed to the wedding of Roger Taylor’s daughter Rory (Picture: Getty Images)

Brian looked unfazed by his dramatic entrance in snaps taken on the day, with the iconic musician donning an all-black suit and wearing his trademark curly locks loose.

The star has had a tough time of it recently, opening up about how his recovery is going after he suffered a heart attack.

He explained he didn’t see the heart attack coming, and it took him a while to get back to his old self.

‘What also happened was I got very sick. I got a heart attack for no reason I can possibly see. I didn’t really tick any of the boxes for heart attacks but I got it,’ he told the PA news agency.

‘That knocks you back, I have to say. It knocks the stuffing out of you. I had a lot of other complications.’

Metro.co.uk has contacted reps for Brian May for comment.