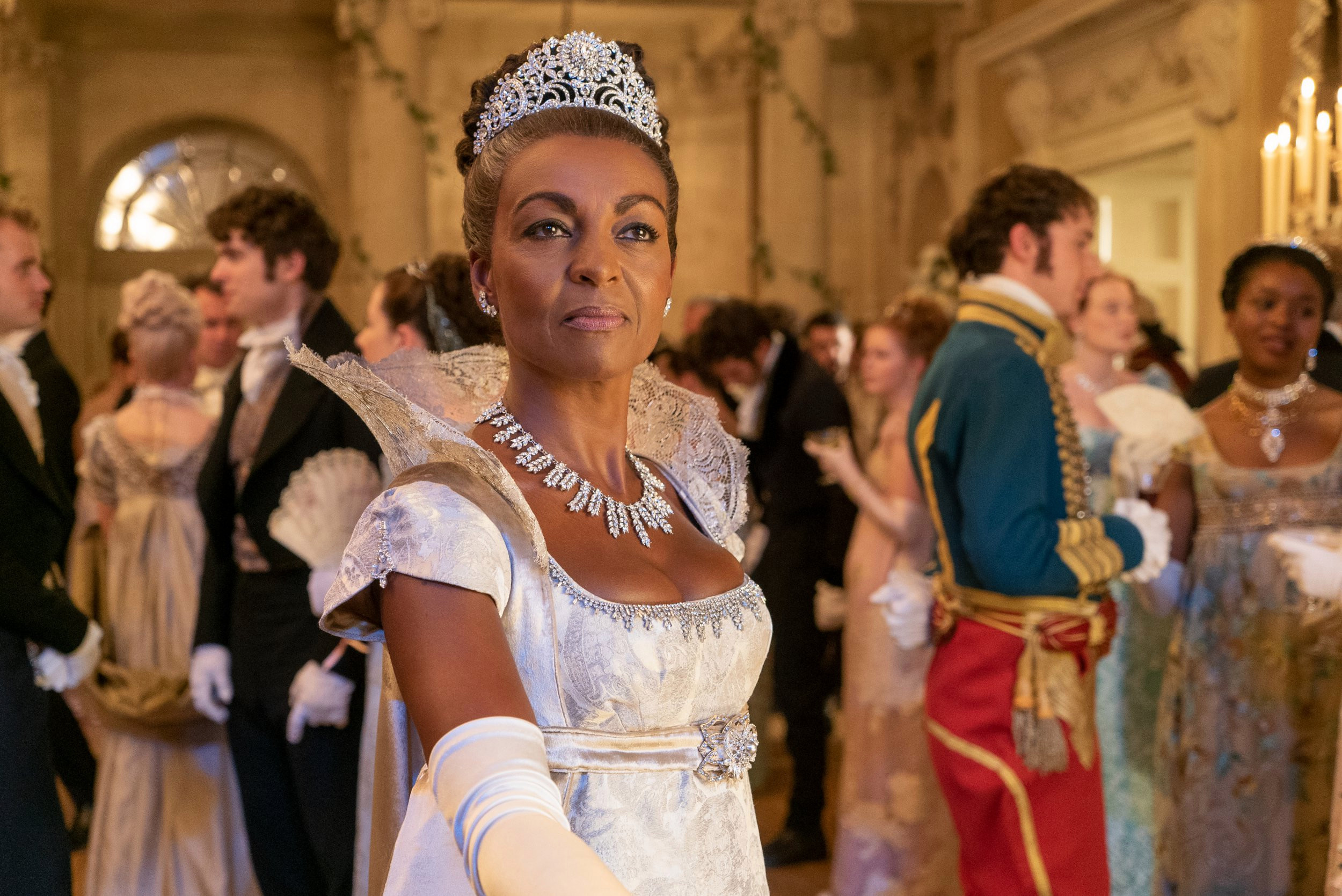 She discovered a piece of historical artwork on set which would have impacted her as a kid (Credits: Liam Daniel/Netflix)

The Bridgerton actress admitted her childhood seemed idyllic but as she and her family were the only non-white people in the area, they faced racism and hostility.

She told the Daily Telegraph: ‘I grew up an enthusiastic and curious kid in the Cotswolds, in Gloucestershire in the 1960s. My childhood was like Cider with Rosie: blackberry picking and climbing trees.

‘I’m really glad to have experienced that sort of English childhood, but there were certain people’s houses I wasn’t allowed in: “We can’t have that coloured girl in. What would the neighbours say?”

‘You have to learn to navigate your feelings about those things. We were the only black people within 50 miles.’

The 58-year-old actress returned to the area she grew up in to film Bridgerton at Badminton House, where she discovered a piece of historical art that she wishes she’d known about when she was young.

She explained: ‘Funnily enough, Bridgerton was filmed at Badminton House, which is a spit from where I grew up. We did all that going to watch the horse trials stuff.