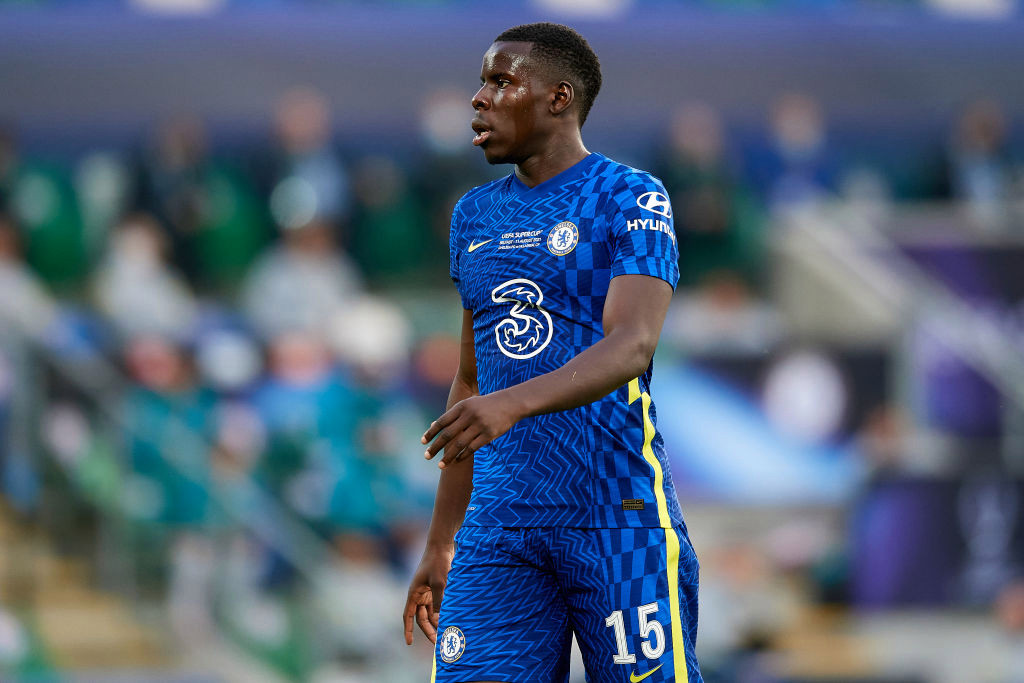 Kurt Zouma is on the verge of completing a switch from Chelsea to West Ham (Picture: Getty)

David Moyes confirmed Kurt Zouma was ‘getting close’ to joining West Ham from Chelsea in the wake of his side’s 2-2 draw with Crystal Palace.

Moyes has been intent on strengthening his defensive options with time running out in this summer’s transfer window and Zouma, 26, underwent a medical in Paris on Thursday after agreeing personal terms with the Hammers.

The Blues are set to receive around £25million for Zouma, who will depart as one of the club’s longest serving players following his arrival from Saint-Etienne back in 2014.

The France centre-back, who won two Premier League titles and last year’s Champions League with Chelsea, is expected to put pen to paper on a five-year contract at the London Stadium.

‘Zouma’s arrival? [It’s] getting close,’ Moyes told reporters shortly after West Ham’s were held to a draw at home to Palace.

‘We do need a couple more in because we have a lot of games coming up.

‘We have a good team and I like the players we have got.’

Zouma is ‘getting close’ to joining the Hammers, according to Moyes (Picture: Getty)

Earlier this week, Thomas Tuchel confirmed discussions were in place between Chelsea and West Ham over a deal for Zouma.

‘There are negotiations between West Ham and Chelsea about Kurt. Kurt right now is not with us but not because of these negotiations,’ the German said.

‘He’s had some personal and family issues and we allowed him to travel to France.

‘There are negotiations but, to be very honest, I don’t know where that leads right now. Those things can happen at this stage.’

Chelsea are hopeful of wrapping up a deal for Sevilla defender Jules Kounde, 22, before the transfer deadline.

However, Kounde has an eye-watering £68.5m release clause in his contract at Sevilla and the La Liga outfit are holding out for a fee in excess of £43m for the Frenchman.

A ‘disappointed’ Moyes criticised his players for their second-half performance on Saturday afternoon, with Conor Gallagher scoring either side of Michail Antonio’s 68th-minute strike to rescue a point for visitors Palace.

‘The players are disappointed in the dressing room but that tells you the standards we have set ourselves,’ he added.

‘We just didn’t play to the standards we have reached in recent weeks.

‘We scored another couple of goals and played really well at times in the first half.

‘We have been good defensively but I was disappointed with the goals we conceded today.’