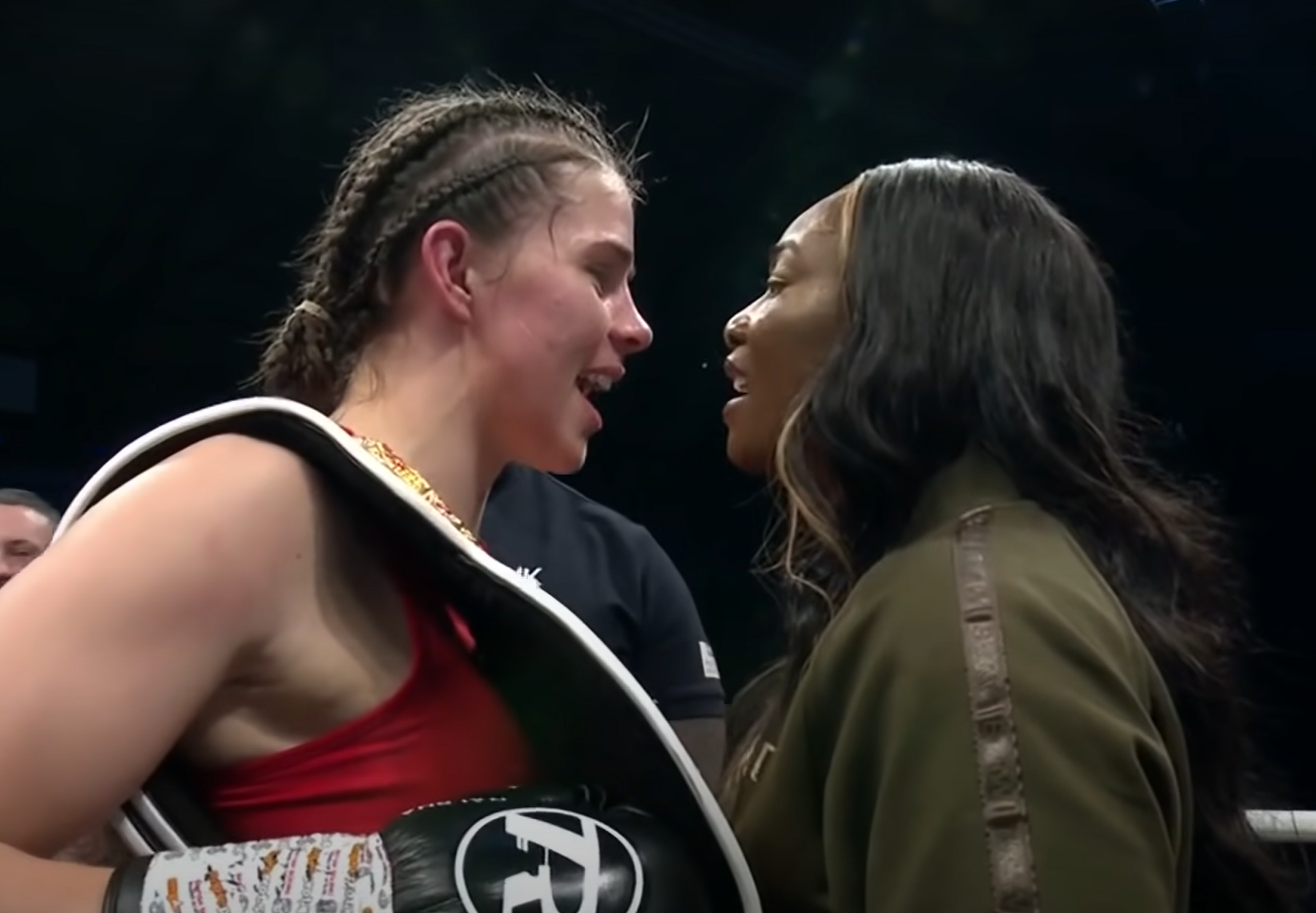 Marshall and Shields will collide in September (Picture: Sky Sports)

Claressa Shields and Savannah Marshall will settle their long-running feud in one of the biggest fights in the history of women’s boxing on 10 September.

A showdown between the fierce rivals has now been confirmed for London at the O2 Arena to crown the undisputed middleweight champion.

The bout will headline an all-female card on a historic night for boxing in Great Britain with Mikaela Mayer, the IBF and WBO super-featherweight champion, taking on WBC queen Alycia Baumgardner on the same night.

A defeat to Marshall in a 2012 amateur contest is the only blemish on Shields’ impeccable boxing record and the source of an intense rivalry the two have shared over the last 10 years.

The Michigan fighter is one of the most decorated active fighters in boxing, becoming the quickest man or woman in history to win world championships in three different weight classes while ruling as undisputed queen in two of them.

Shields, a double Olympic gold medal winner holds the WBC, WBA and IBF titles with Marshall in possession of the WBO strap.

Shields’ only defeat in boxing came to Marshall in 2012 (Picture: Getty)

The Hartlepool fighter has won all 12 of her professional contests, 10 of those via knockout.