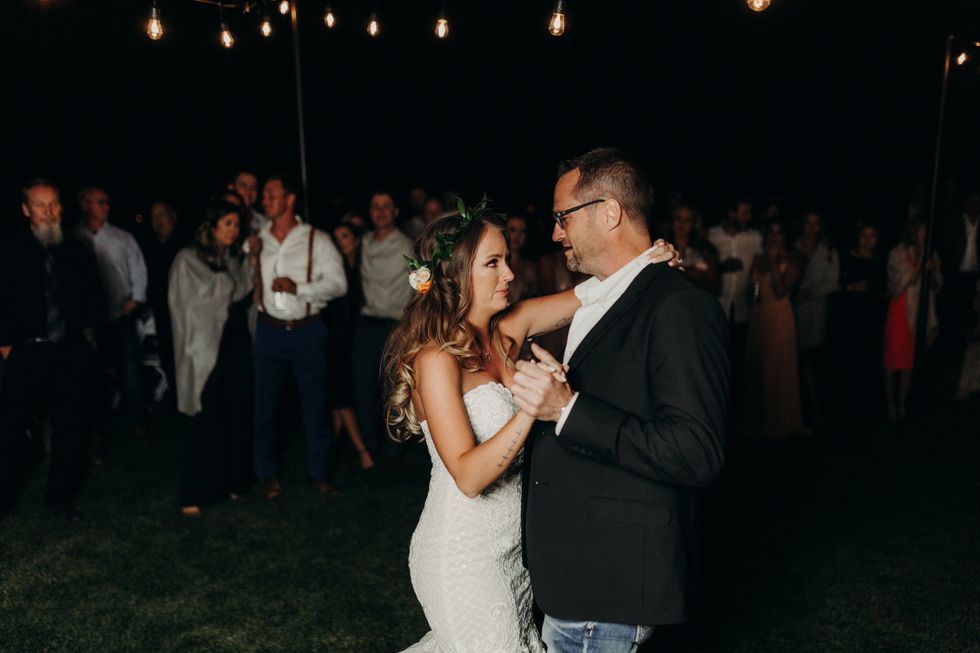 The colleagues of a murdered police officer stepped up to fill his shoes, by dancing with his daughter at her wedding.

Kourtney Young, from Colorado in the US, married Tanner Krietemeier at the beginning of October, and had no idea her mother had arranged an emotional surprise for her big day.

Her father, Denver police detective Donnie, was shot and killed in the line of duty in 2005.

When time came for the father-daughter dance, instead Ms Young danced with seven of Mr Young's colleagues to Paul Simon's Father And Daughter.

“It was a surprise my mom had planned... That song was something my dad played for me when I was little and he gave me a necklace with his badge number on it. So that song was special."

“All those officers were friends of my dad's and our family, so they were invited to the wedding already.

“I was caught off guard, but it was such a cool thing and a special moment. A lot of those guys are really important to me so it was special to share that moment with them."

During the ceremony, officers Jeff Barron and Chris Shotts walked behind the bride and her mother, down the aisle.

Officer Danny Veith was the first police officer to dance with her.

He told FoxNews: “It was very emotional. I felt despair, like Donnie's being robbed of this moment.

“I just told her how Donnie was and is proud of her. Being the first to dance with her, I got to see every other officer walk out, very proud, happy fathers. And then as they turned their back to Kourtney to return to our group, every single one of them was crying."

Even people who weren't present were moved.

Our congratulations to Kourtney and her husband on their special day.