Commentary: After a chaotic first wave, does bike-sharing have a decent second shot in Singapore? 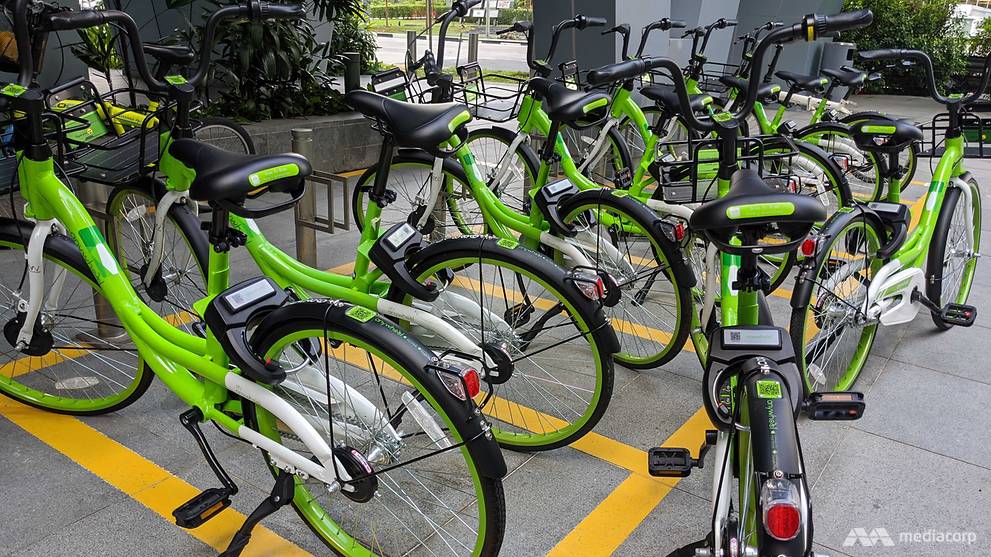 SINGAPORE: According to Gartner’s Hype Cycle concept, emerging technology innovations that attract lots of attention often fail to live up to their initial promise.

A crash happens and eventually, a less hyped-up but more sustainable wave emerges.

The bike-sharing industry in Singapore may be experiencing this second wave as new companies emerge out of the initial wreckage of bankruptcies and abandoned operations.

With the exit of the first wave of the players, the market has consolidated to three players - SG Bike, Anywheel, and Moov Technology.

What is different this time? All three are homegrown companies with a direct stake in seeing their model succeed on home soil.

Initial signs also suggest this second wave of companies has learnt from the mistakes of the first wave.

The regulatory landscape is also favourable with encouraging conditions that enable long-term growth.

Previous bike-sharing business models were based on creating and rapidly growing the network of users.

However, unlike a highly scalable platform business model powered by data, such as Facebook or Netflix, there are operations and costs involved with maintaining a tangible asset network of bikes.

The bulk of operating costs are physical and localised, making scaling up the business more difficult compared to a tech platform with a pure digital play, even though overhead costs can be spread out.

Today, the number of licensed bicycles allowed by the Land Transport Authority is more manageable at 45,000.

What has also changed is the drop in unit cost since licensing fees per bike have been halved. The earlier each bike reaches its cost break-even point, the lower the potential for losses stemming from damages and repairs.

Two of the three current players have said that they are looking at a careful town-by-town expansion approach in specific neighbourhoods like Holland-Bukit Timah and Punggol.

This is sensible because each bike has a natural limitation to how far it can travel. The most frequent commuter is likely to ride a bike to connect to a main MRT arterial line or trunk services at a bus stop.

Hence, for operators to determine the optimal cluster of bikes and users in each specific area makes for prudent strategy.

READ: Commentary: Can we co-exist with PMDs? Yes, but we need to take a different path

The utilisation of each bike could increase substantially given the smaller pool of bikes within each intended area of coverage, and a higher ratio of potential customers per bike.

The second wave of bike-sharing companies has a wider selection of vehicle choices that also include e-bikes and personal mobility devices (PMDs), allowing them to cater to varied customer segments.

Bike-sharing start-up Moov Technology has been granted in-principle approval for a full licence to operate up to 10,000 bicycles, said LTA on Oct 14, 2019.

The growing market for e-commerce food delivery in the recent two years has created potential new demand for bike-sharing solutions, especially with the e-scooter footpath ban, which may be expanded to include all motorised PMDs under proposed amendments to the Active Mobility Act.

As the market for bike-sharing matures, bike-sharing companies could evolve to embrace a business-to-business model, creating partnership and acquisition opportunities.

This is already in the case for more mature markets. Ride-sharing company Lyft in the US, and Didi in China, have acquired bike sharing companies to broaden their transportation offerings.

In China, bike sharing has been linked to e-payments, food delivery, and location-based advertising.

With these factors in place, the new wave of bike-sharing companies would have a higher chance of success. Nonetheless, challenges remain in the execution of the business model.

CHALLENGES TO THE BIKE-SHARING BUSINESS

However, challenges remain in executing a successful bike-sharing business model.

Shared bikes still have to be parked at designated areas meaning the offered mobility is not door-to-door. Consumers’ usage rates would depend on the location of these designated areas.

SG Bike co-founder and chief operating officer Sean Tay with some of the shared-bikes it took over from Mobike in Punggol, where it is beginning to roll out its newly expanded fleet. (Photo: Zhaki Abdullah)

To improve accessibility, a limited number of unused motorcycle parking lots in industrial, commercial and residential areas could be opened up to bicycles.

Bike-sharing companies will also have to operate in denser areas to strike a better balance between supply and demand, to reduce the cost of repositioning bicycles.

Another challenge lies in scaling up. Bike-sharing involves ownership of the asset by the operator, and leasing it out in short pockets of time.

This is no different from the rental of office space or other properties, where increasing asset utilisation is key to profitability. Each cluster of operations is also fairly independent.

The cost of damage to bikes is difficult to recoup, given that few charge deposits, probably as a way to build up market acceptance and adoption first, and given consumer aversion after oBike exited the market with these deposits.

READ: Commentary: The year e-scooters were kicked off footpaths

READ: Commentary: With Mobike’s impending exit, is it time to give public bike-sharing a shot?

While it remains to be seen whether bike-sharing can succeed this time round, the signs that this second wave of companies are aware of the potential challenges and working to address them are promising.

As with personal mobility devices, bicycles in developed cities have become part of urban transportation options, helping to integrate public transportation with the first and last mile commute, and complementing other forms of first- and last-mile travel.

Bike-sharing in Singapore may not be the next unicorn sector that reaps billions in valuation, but may yet end up a sustainable business with profitable companies, given the new regulations coupled with the gradual approach companies are taking.

Perhaps the key limiting factor to growth is how much cycling can be done end-to-end when someone mounts a bike.

Goh Puay Guan is an associate professor in the Analytics & Operations Department at the National University of Singapore (NUS) Business School. The opinions expressed are those of the writer and do not represent the views and opinions of NUS.