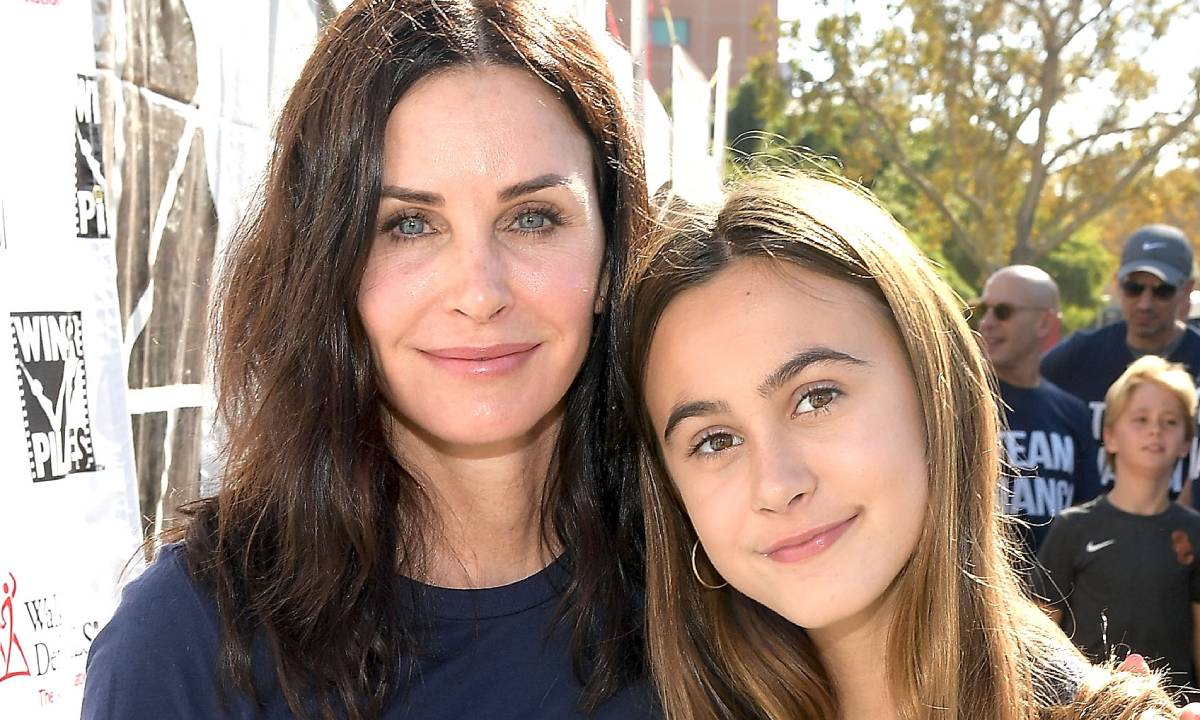 Courteney Cox shares rare photo with daughter Coco – and she looks so different!

Courteney Cox is notoriously private about her personal life but delighted fans with a rare photo of her teenage daughter Coco over the weekend – and she looks so different!

The Friends star took to Instagram to share a series of pictures to mark Easter, including one of her with Coco and boyfriend Johnny McDaid.

In the image, the teenager looked stylish with purple hair and bold eyeliner as she posed alongside her famous mother.

The Hollywood star also shared a photo of herself with her two pet dogs Bear and Lily, and joked that they were the only ones who didn't mind having a picture with her.

She wrote in the caption: "Happy Easter! The only ones who didn’t mind taking these pictures with me, are in the last slide."

Fans were quick to comment on the images, with one writing: "Happy Easter to you and your beautiful family," while another wrote: "You are your family are the cutest!" A third added: "Hope you have a wonderful day with Coco and Johnny!"

The Easter celebrations would have been extra-special for Courteney, as she was back with her boyfriend after several months apart.

The Snow Patrol singer splits his time between Ireland, the UK, and Los Angeles, but due to the coronavirus pandemic spent most of 2020 away from Courteney.

READ: Jennifer Aniston wows in pink mini dress during trip to the hairdressers

In December, the couple reunited in person with the actress sharing a video of a romantic stroll in the woods, even wearing matching black coats to keep out the cold.

Courteney is incredibly close to her only daughter

Sharing a snap of their outing on Instagram Stories, Courteney simply wrote: "Into the woods…" as she and Johnny cuddled up for the camera.

MORE: Jennifer Aniston has a heavenly bedroom inside $21 million mansion

In October, the comedy star revealed she still hadn't seen the Snow Patrol star. after over five months. "Let's say it's been 150 days, I've cooked 145 of them," she said.

"And I haven't seen John in that many days. He left the next day after the whole country shut down - or at least [when] California did. I think maybe New York was before us."

Like this story?Sign up to our newsletter to get other stories like this delivered straight to your inbox.