Do you have vision problems? Let SLM help you!
Do you want a free iPhone Xs? Many other amazing prizes are waiting too! 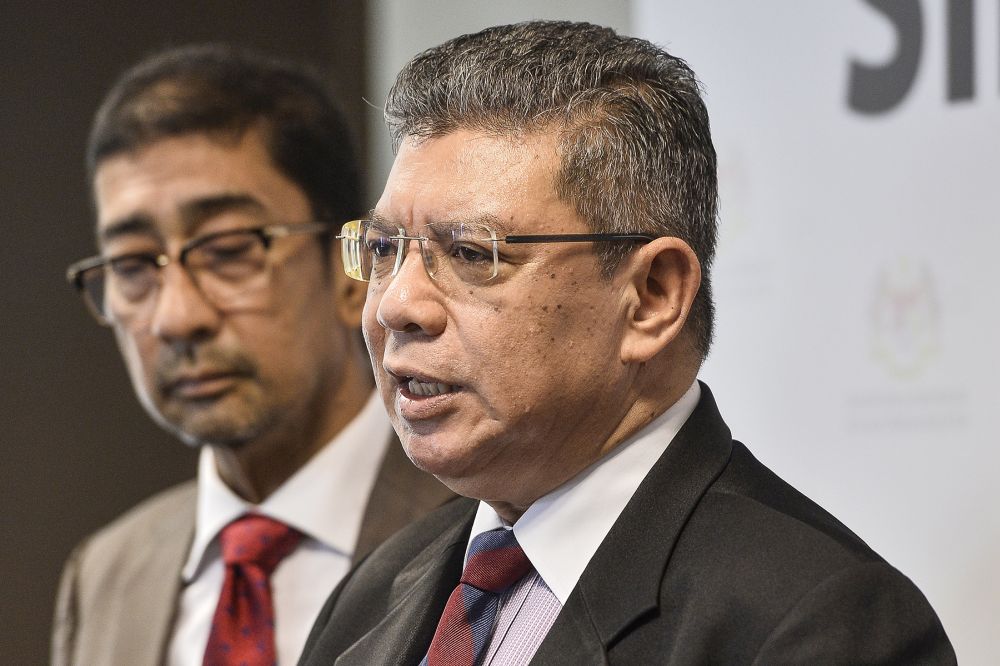 Datuk Saifuddin Abdullah says fake news articles, seditious postings and scams related to the Covid-19 pandemic and the movement control order are on the rise. — Picture by Miera Zulyana

KUALA LUMPUR, March 27 ― Fake news articles, seditious postings and scams related to the Covid-19 pandemic and the movement control order (MCO) have been on the rise, observed Datuk Saifuddin Abdullah.

In an interview with English daily The Star, the communications and multimedia minister warned the public that there are reports of conmen scamming the public by claiming to sell face masks and hand sanitisers but nothing was delivered after the cash was paid online.

“There is also a global alert that counterfeit face masks, substandard hand sanitisers and unauthorised antiviral medication have been on sale online. The authorities are watching those who are involved in any illicit online sale of medicines and medical products.

“We want to see accurate, reliable and credible information but at the same time, we have also received reports and complaints of fake news which does not help Malaysians at all. Some of this can lead to panic, while others can raise tensions because of racial and religious undertones.

“Let me warn those involved that we are watching and action will be taken,” he reportedly said.

He gave an example of an online portal which was accused of misquoting Minister in the Prime Minister’s Department Datuk Seri Zulkifli Mohamad on the launch of the Malaysian Islamic Development Department’s (Jakim) Covid-19 relief fund.

In the article which had already been corrected, Zulkifli was previously reported saying the fund will help Muslims affected by the pandemic. He later clarified that the fund is not exclusive to Muslims.

At the moment, Saifuddin’s ministry is already looking into more than 40 cases of fake news capable of confusing the public during the MCO. More than 25 per cent have had investigation papers opened.

Half of that amount ― around five ― will proceed to prosecution under Section 505(b) of the Penal Code, he said.

Some of the fake news being investigated or charged include claims that veterans will assist the Defence Ministry in enforcing the MCO, the military are authorised to use physical force against the public, a Covid-19 prevention guide by Japanese doctors and that the Health Ministry is requesting for donations.

The authorities are also looking into the case of a man whose video had gone viral after he accused the Malaysian Chinese community of spreading the virus.

If found guilty of deliberately causing public fear or anxiety, these culprits are facing a two-year prison sentence or a fine or both.

Anyone found guilty of disseminating content that is obscene, false or threatening to others could be slapped with a maximum fine of RM50,000 or imprisonment of up to one year or both under Section 233 of the Communications and Multimedia Act 1998.

Saifuddin also added that his ministry is collaborating with the cops, the Home Ministry, the Malaysian Communications and Multimedia Commission (MCMC) in combating the spread of fake news on the disease.

“The MCMC and police will continue to work together in addressing the ongoing dissemination of fake news, especially on Covid-19, that can mislead and create anxiety among Malaysians,” he reportedly said.