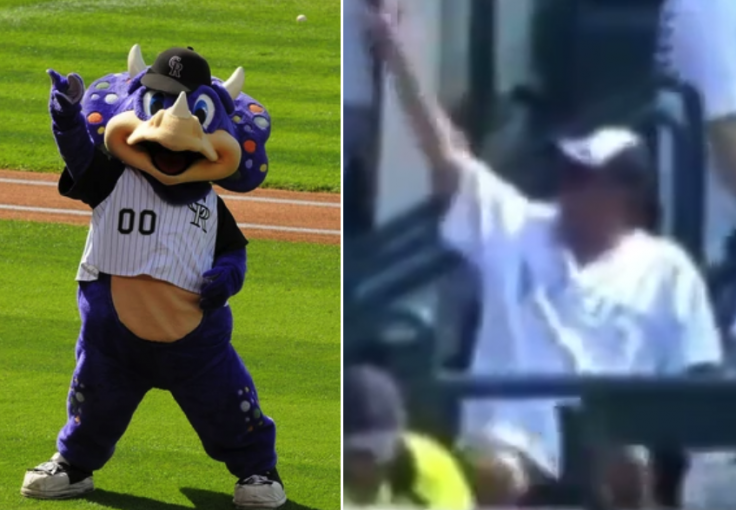 Did Colorado Rockies Fan Call Marlins' Lewis Brinson the N-Word or Was He Calling Out to Team's Mascot?

The Colorado Rockies said in a statement on Sunday that they were investigating a fan who was heard yelling a racial slur at Miami Marlins outfielder Lewis Brinson during Sunday's game.

The alleged racial slur came in the ninth inning at Coors Field with Brinson at the plate and was loud enough to be picked up by microphones on the Bally Sports Florida telecast. The unidentified fan allegedly yelled the N-word multiple times and footage from the broadcast instantly went viral on Twitter.