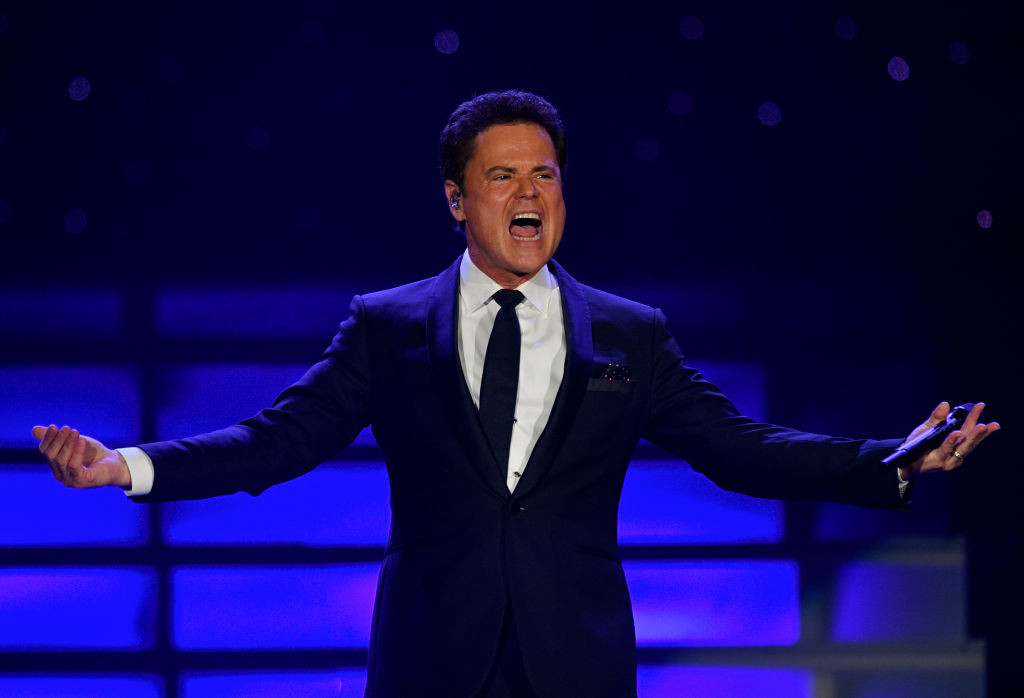 Donny Osmond has detailed his fight to return to the stage (Picture: Jeremy Drey/MediaNews Group/Reading Eagle via Getty Images)

Donny Osmond has revealed he was temporarily paralysed after contracting an infection following back and neck surgery in 2019.

The 63-year-old opened up in a new interview about the recovery battle he had to undetake in order to return to the stage for his Las Vegas residency.

Speaking to the Mirror, the pop icon explained that he first went under the knife after discovering his spine had shifted due to a dancing injuries he’d suffered during his career.

Things came to a head in November 2019 in the final performance of his residency with sister Marie when the star found himself unable to move.

Donny stated: ‘I couldn’t feel my arms, then suddenly my legs too. I didn’t tell anyone what was happening to me……I just kept dancing and finished the show.’

The surgery for his injury ended up leading to further health woes after he contracted a secondary infection.

Donny had to undergo spine surgery after the last show of his Las Vegas residency with sister Marie in 2019 (Picture: Denise Truscello/WireImage)

The Soldier of Love singer explained: ‘I thought everything was going to be fine, but it couldn’t have been worse. I got a secondary infection which meant I wasn’t able to move.’

The entertainer had feared he would never walk again as he added: ‘But I just didn’t take no for an answer.’

Donny willed himself to make a full recovery as he endured months and months of rehab to try and get on his feet while using a walking frame.

To the delight of the hitmaker, his family and fans, he recently returned to Vegas for his residency at Harrah’s Showroom at Harrah’s like nothing ever happened.

9/11: Celebrities who were affected by the September 11 attacks

He told the publication: ‘Last night’s show was wild….the amount of dancing and singing and everything. I started from below ground zero but it feels like coming back from the dead. I’m pain free now, maybe even stronger than I was before.’

The legendary entertainer’s first-ever solo residency inside Harrah’s Showroom has been extended through to 2022.