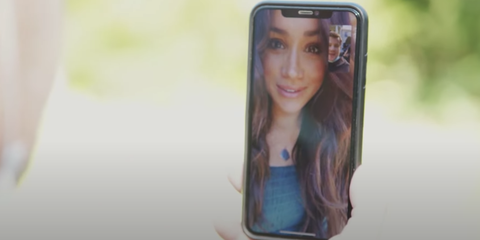 Last night, Prince Harry made a special appearance on The Late Late Show with James Corden.

The Duke of Sussex discussed a number of topics during the show, including the reason he stepped away from his role as a senior member of the royal family. But perhaps the most exciting moment of the episode was when Harry's wife, Meghan, Duchess of Sussex, appeared via FaceTime and adorably called the duke "Haz."