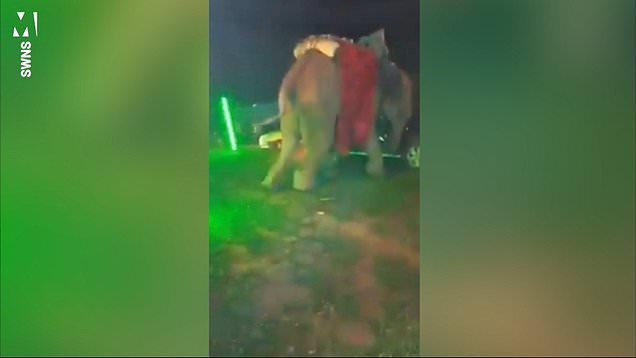 Terrifying footage shows the moment an elephant went on a rampage after it was frightened by a firecracker at a wedding.

Groom Anand Tripathi, who rode the animal to the ceremony, fled the scene in fear after it became agitated.

The elephant was startled by the noise of the cracker, which caused it to start trashing the area in Uttar Pradesh, India, on Friday.