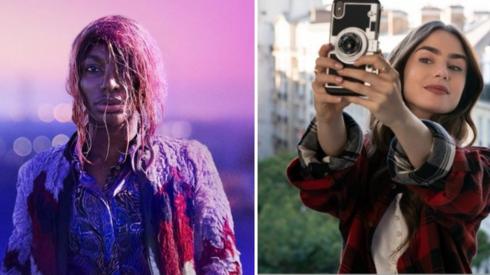 image captionMichaela Coel starred in, wrote and co-directed I May Destroy You

Fans of British TV drama I May Destroy You on both sides of the Atlantic have expressed "rage" over the show's snub in the Golden Globe award nominations.

Written by, starring and co-directed by Michaela Coel, the BBC drama was one of the most acclaimed series of last year.