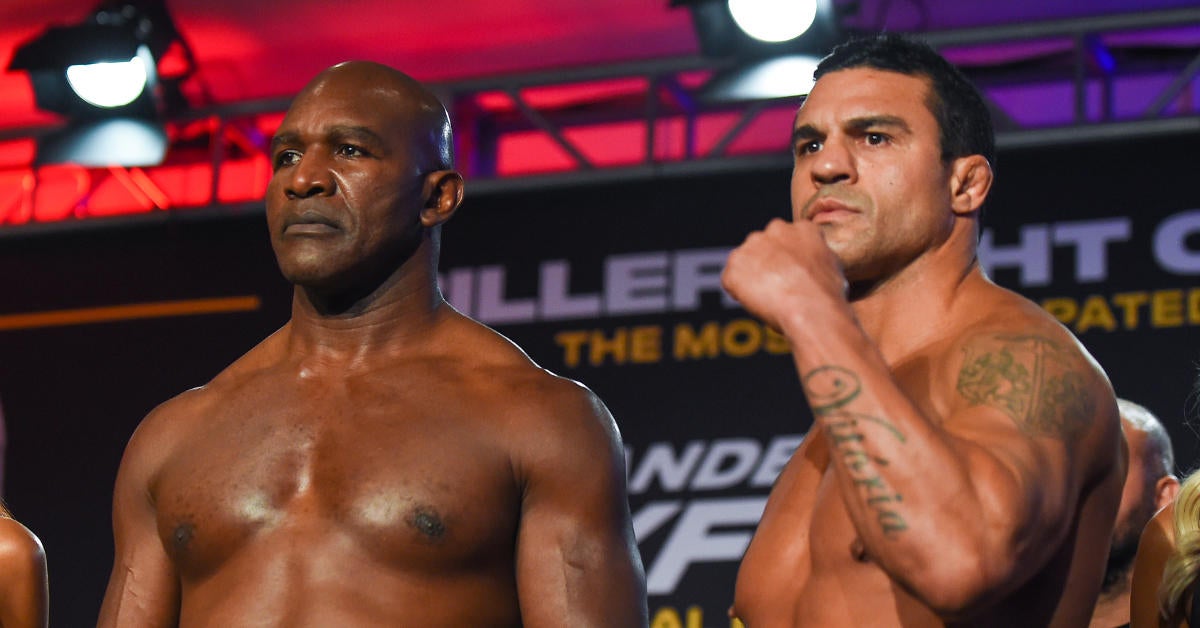 Tonight's Triller Fight Club started things off with a match between Anderson Silva and Tito Ortiz, but for those that were hoping for a long opening fight that did not end up happening, as Ortiz fell to Silva in the first round after a vicious right by Silva. That paved the way for the co-headliner fight in Evander Holyfield vs Vitor Belfort, and while Holyfield had his moments, it was Belfort who was firmly in control for most of the match, and eventually, his flurry of offense was enough to take down Hollyfield in the first round by TKO.

Viewers were noting that Belfort looked in control early on, and it just didn't get better, as Holyfield slipped and went into the ropes. Then Belfort took his time and then hit hard with a left uppercut, knocking Holyfield down.

The fight continued, but then a series of left hand punches underneath from Belfort pushed Holyfield back, and then it was really over, as Belfort kept hitting with uppercuts to Holyfield's face and head.

It didn't make it out of the first round, and reactions are flying in, which you can check out for yourself starting on the next slide. You can also check out a highlight from the fight in the video above.