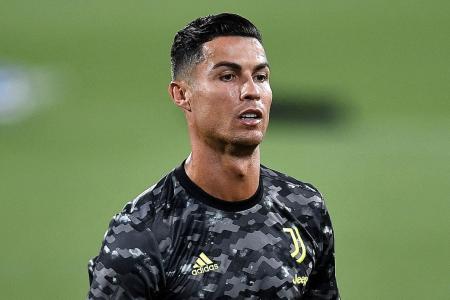 Even with Ronaldo, United will still finish third, says Neville

Cristiano Ronaldo's return to Manchester United might have created a buzz among the Old Trafford faithful, but former Red Devil Gary Neville believes it's still not enough for them to win the English Premier League.

United announced on Friday that they had reached a deal with Juventus regarding the transfer of the 36-year-old, who had earlier been linked with a move to Manchester City.

Like many other former Red Devils, Neville said he was excited over the return of Ronaldo, who reportedly cost United a 25 million euro (S$40m) transfer fee.

"I made the prediction on Monday Night Football that it would be Manchester City, Chelsea and Manchester United and I'm not going to change that because I don't think the Ronaldo signing makes them a better team than Chelsea, who were the Champions League winners last season, and Manchester City," Neville said.

He added that in previous years, he might have tipped this United side to win the EPL by 10 points, but the reality is it has become even more competitive.

Five-time ballon d'Or winner Ronaldo, who won three EPL titles and his first Champions League crown with United from 2003 to 2009 before joining Real Madrid, is not the player he was 12 years ago, said Neville.

But he is a "short-term measure" and will inspire his teammates. Ex-United winger Luis Nani agreed, telling goal.com: "When you have a player like him in your team, you're not afraid of anything or any team."

"Man United still have the same problems with or without Ronaldo and that's midfield - but an FA Cup or a League Cup is more than possible," he said.