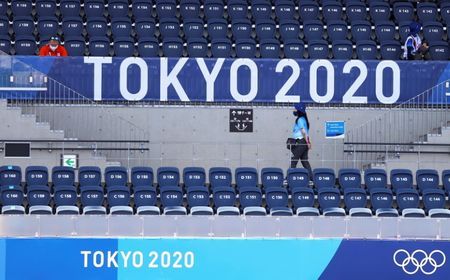 FACTBOX-Five financial implications of the Olympics

(Reuters) - The close of the Tokyo 2020 Olympics does not mean the end of financial questions surrounding an event that went ahead without spectators and cost more than twice as much to host as initially planned.

The bill for the Tokyo Olympics and Paralympics is expected to be 1.64 trillion yen https://myinfo.tokyo2020.org/general-search/facts-and-stats-tokyo-2020-olympic-and-paralympic-games ($15 billion), 22% higher than it was before the Games were delayed in 2020. That figure is also twice as much as the 800 billion yen estimate Tokyo submitted in its bid to host the games.

The bill, which will have to be fully funded after the Games end, is split three ways among the Tokyo 2020 organisers, Tokyo Metropolitan government and Japan’s central government. The host city is responsible for the biggest chunk.

Before the decision in 2020 to delay the Games, 4.48 million tickets had been sold, which had been expected to generate 90 billion yen https://jp.reuters.com/article/uk-olympics-2020-tickets-idAFKCN2DX139 ($816 million) in revenue. That figure will now be close to zero.

The Tokyo organising committee is responsible for ticket sales, and after using up much of its event cancellation insurance policy, is unlikely to get much of a pay-out https://www.reuters.com/business/finance/local-olympics-organisers-face-uninsured-loss-spectator-ban-sources-2021-07-12 on lost ticket sales, according to insurance industry sources.