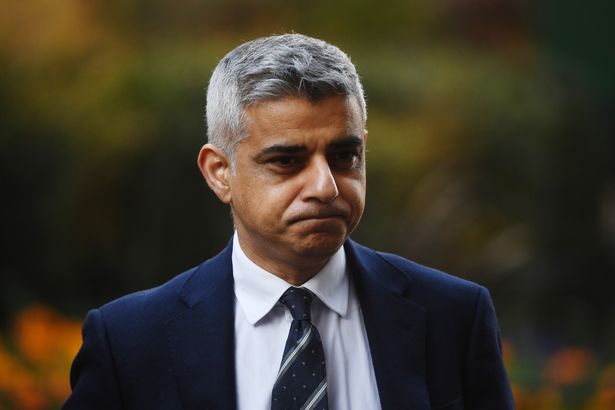 Face masks to be worn by Brits for the next year, London mayor warns

Traveling abroad? Get this SIM card and use mobile data worry-free!
If our cleaning services are unsatisfying, 2nd time is FREE!

Brits could have to wear face masks for the next year, Sadiq Khan has warned.

From today, new laws mean anyone not wearing a face covering on public transport could be fined £100 in England.

Anyone entering a hospital must also cover their nose and mouth to help stop the spread of coronavirus.

The Mayor of London told LBC tonight: "This is part of the new normal.

"For the foreseeable future, I believe for the next year or so, wearing face coverings is going to become the norm rather than the exception.

"I was pleased when the PM accepted the need for us to wear face coverings on public transport, and make it mandatory."

Mr Khan added wearing a face mask is "one of the most unselfish things you can do".

More than 3,000 extra staff including police officers are being deployed at stations to ensure people comply with the new rules.

Passengers without a covering will be asked to wear one, or refused entry on board.

Those who repeatedly refuse will be subject to a penalty charge.

The new rules apply to England and require anyone travelling by bus, coach, train, tram, Tube, ferry or plane to cover their face while on board.

They exclude school transport, though Uber and Addison Lee have both made face coverings compulsory for passengers and drivers.

The rules apply only while travelling - not while waiting - but the rail industry has asked people to cover their face as they enter a station.

People with certain health conditions, disabled people and children under the age of 11 are exempt from the rule.

As well as on transport, all hospital visitors and outpatients also have to wear masks.

The UK government changed its advice on face masks earlier this month, after it eased restrictions to get millions more people back to work.

It is now in line with the World Health Organisation which also advises on face coverings in small, public spaces - though it's not compulsory in stores and supermarkets.

The rules do not apply in Scotland, Wales or Northern Ireland - but their governments recommend that people cover their faces in places where social distancing is difficult, including on public transport.

Transport operators will be able to refuse travel or issue fines to passengers who break the rules.

The head of the Transport Salaried Staffs Association (TSSA), Manuel Cortes, said: "This must not be seen as a green light among the wider population to use public transport.

"It must remain the case that only the key workers who are keeping us safe during the pandemic continue to use public transport."