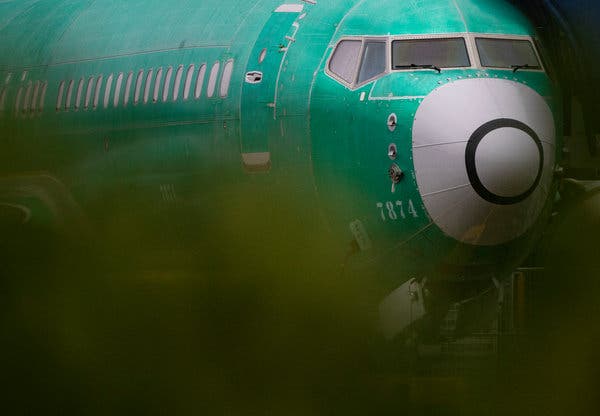 Federal prosecutors investigating Boeing are examining whether the company knowingly misled the Federal Aviation Administration while it was seeking the regulator’s approval for its 737 Max plane, according to two people familiar with the matter who spoke on the condition of anonymity to discuss an active inquiry.

In recent months, prosecutors have questioned several Boeing employees in front of a federal grand jury, with some of their queries focusing on whether Mark Forkner, a top pilot at the company, intentionally lied to the regulator about the nature of new flight control software on the jet, the people said. That software, which is known as MCAS and automatically pushes the nose of the plane down, played a role in two crashes that killed 346 people.