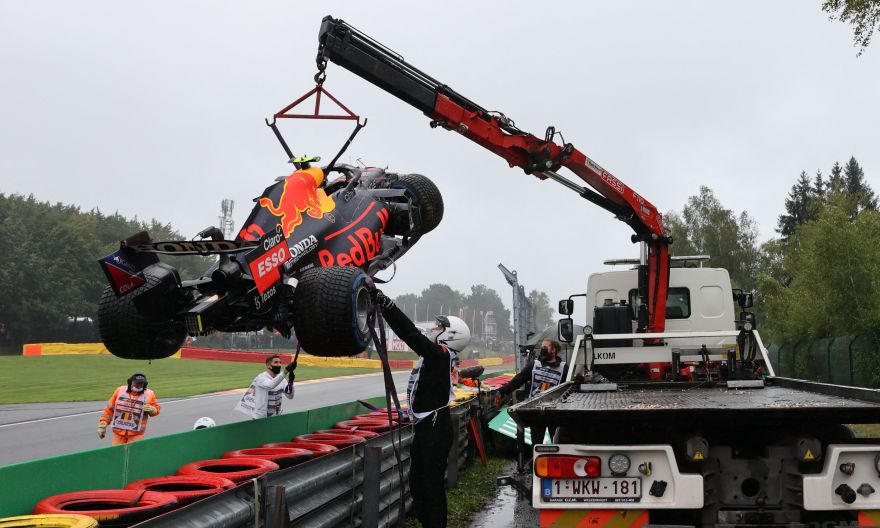 Formula One: Red Bull's Sergio Perez out of rain-soaked Belgian GP before the start

SPA-FRANCORCHAMPS, BELGIUM (REUTERS) - Red Bull suffered another blow to their Formula One constructors' championship challenge when Mexican Sergio Perez crashed out of the Belgian Grand Prix before the start on Sunday (Aug 29).

He lost control on his way to the starting grid on a soaked and slippery track and skidded into the barriers at Les Combes. He climbed out after failing to get going again.

The race start at Spa-Francorchamps was delayed due to the weather.

Perez, whose contract extension for 2022 was announced on Friday, had qualified seventh with team mate Max Verstappen on pole position.

Red Bull are 12 points behind leaders and reigning champions Mercedes in the standings.

"Obviously very disappointing not to be able to take a start - just shows how tricky conditions are out there," Red Bull team boss Christian Horner told Sky Sports television.

"He reported he couldn't really see anything and unfortunately the car just got away from him. It's a great shame for Checo and the team not to be starting the race."