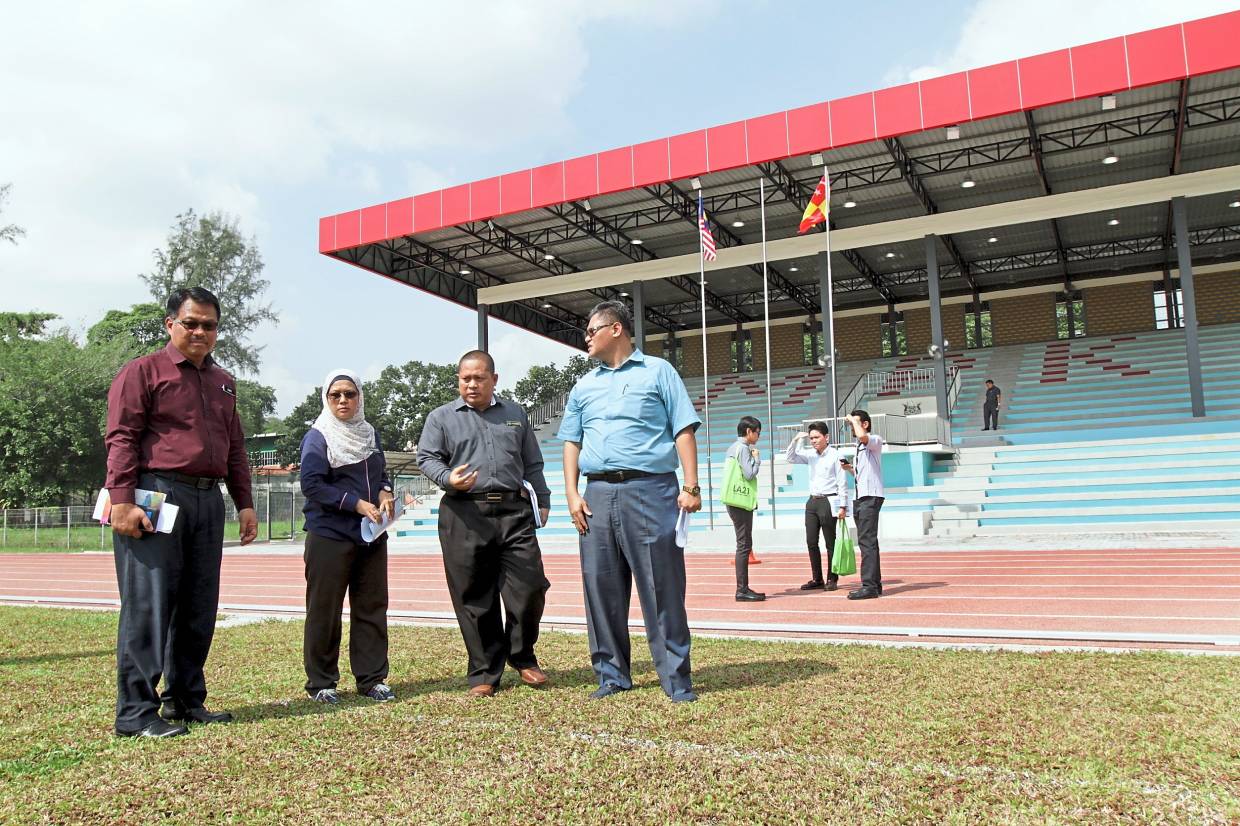 Getting first-hand look at projects

15% off Cathay Cineplex movie vouchers are available now!
Looking for professional and affordable room painting? Here it is!

STADIUM Sultan Suleiman will be opened to the public by next month, Klang Municipal Council (MPK) acting president Elya Marini Darmin said. The 45-year-old stadium had been closed since September 2018 for major upgrades and work was completed on Dec 8 last year. “Upgrades included a network of subsoil collector drains and geotextile covering. “The field was raised by 60.9cm with a porous mix of sand, gravel and soil. “The total cost of this upgrading work was RM4,566,622.20,” said Elya. The stadium, a popular venue among sporting enthusiasts, was Elya’s first stop on her site visits to check on the progress of several projects in town. After the stadium, she went to Heritage Walk. The project was divided into two phases — the first phase was from Sept 25, 2018 to Jan 14, 2019. The second phase took place from Sept 9, 2019 to Jan 14 this year. The phases cost RM879,500 and RM1,083,736 respectively and involved building a pedestrian walkway, providing a 2.3km bicycle lane, upgrading drains, painting murals and adding streetlights at the back lanes of Jalan Stesen, Jalan Istana, Jalan Dato Hamzah, Jalan Tengku Diauddin and Jalan Besar. Elya said the safari-themed murals at Heritage Walk would attract families and tourists to the area. “We are overwhelmed by the many beautiful pictures that people have taken of these murals here and uploaded on social media. “This is what we were aiming for, that families would come here to enjoy the artwork,” she said. Mural painter Dhiyaul Mohamad Ashraf, 29, said he and his 10 collaborators spent almost a month designing the murals. “This is a great initiative that other local authorities should emulate to revitalise an area. Such projects also recognise artists like us,” he said. Also present during the visit were MPK Engineering Department director Zamri Othman, council engineer Azman Wahid, MPK Community Department deputy director Ahmad Fahim Rosli and Malaysian Historical Society researcher Faisal Surani. Meanwhile, MPK assistant secretary Ahmad Khairi Md Yusof provided an update on the construction of the Bukit Jawa roundabout, which was carried out from Aug 19 to Dec 9 last year. “It included building a roundabout, safety fence and street furniture, painting markers plus lines on the roads, installing high-mast lighting as well as upgrading drains. “MPK also refurbished the Tanjung Harapan area by improving and painting road dividers and barriers,” he added.